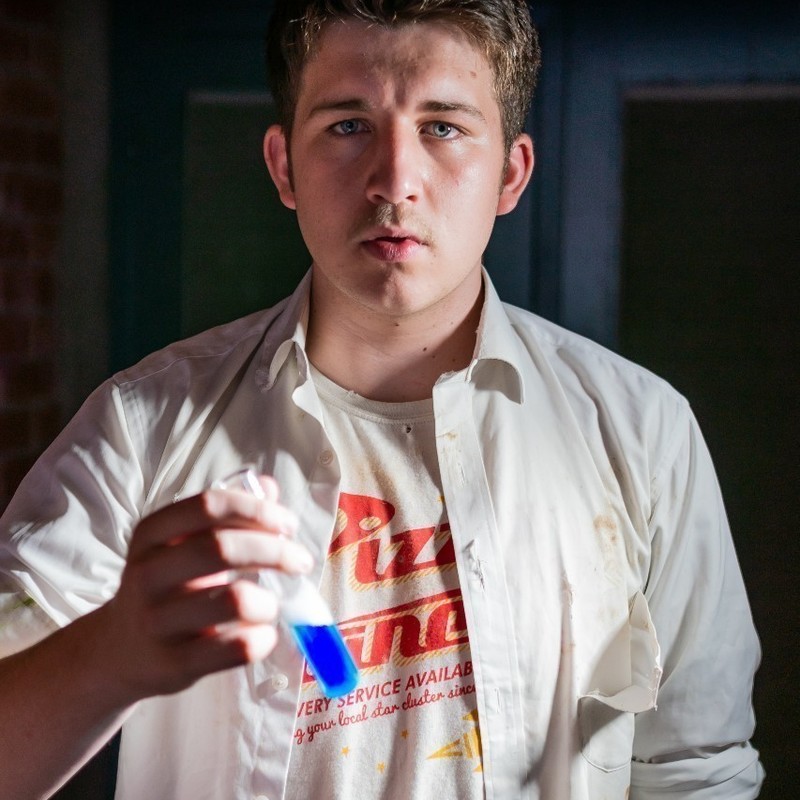 Presented by Deadset Theatre Company, ‘Dark Wind Blowing’ is a world première and a winner! Director Zoe Muller has adapted Jackie French’s novel of the same name and has produced a taut and gritty play that engages from start to finish. Her casting is spot on, and eight of the nine actors are under the age of 18. Despite their tender years, they all give highly credible and nuanced performances.

The story centres on a group of senior high school students and their relationships. It addresses bullying, mental health and suicide. Despite such dark themes, there are also laugh-out-loud moments that briefly lighten the gravitas but do not ever diminish them.

Lance, played by Hamish Philips, is a disturbed boy who is known to his peers as 'Loser'. He desperately wants to fit in and be accepted, but he doesn’t really know how, and, like a wounded animal, the others circle and mercilessly taunt him. Lance of course lashes out, with appalling consequences. Philips plays the role beautifully: sensitive use of facial expression, body language, and voice all support what is clearly a well-researched approach to realising the character.

Mike, played superbly by Connor Ferguson, is latched onto by Lance as his best chance of a friend, but Mike does his best to avoid this. Mike is not boorish like his mates and ultimately helps Lance face up to the devastation he creates when he reacts to the bullying. Ferguson plays Mike with a pleasing mix of knock-about mischievousness, boyish embarrassment at the first flush of romance, and importantly empathy and integrity. He carries all this easily in his stride, and is an emerging talent to be watched and cultivated.

Adept support is provided by the rest of the ensemble, with individually crafted and believable characters created by Prudence Cassar, Charlie Butler, Teliah Shepherdson, Lazuli Chittleborough, Isiah Macaspac, and Mikayla Partick. Mandy Rowe is the only member of the cast on the wrong side of 20, and she plays the school teacher with a sufficient sense of harassment.

In true Fringe style, the setting is minimal with nothing more than a bare stage with a few milk crates as seats. The script and acting is strong enough to allow the audience to fill in the rest of the blanks, although Muller’s adaptation of the novel is perhaps a little overwritten in the sections where Lance’s retribution unfolds victim by victim.

Deadset Theatre Company was founded in 2017 and exists to create theatre that allows young people the opportunity to pursue challenging roles onstage, through scripts that are current, relevant and relatable. It is doing that brilliantly but is also creating a quality theatre company more generally. Long may it exist.

This production is worth seeing.