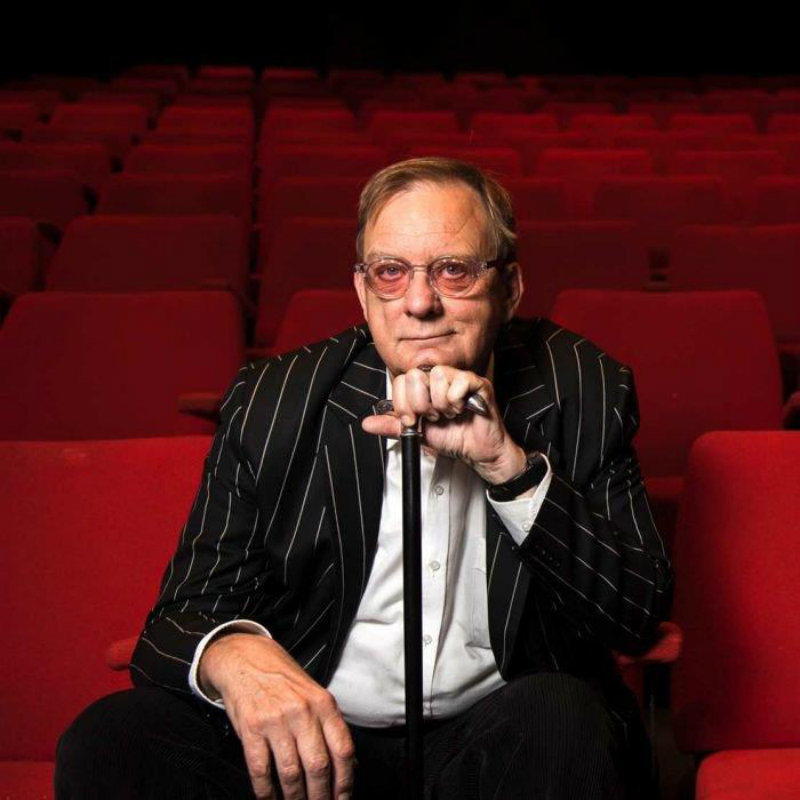 ’Tis only the sixth in the Goers trilogy of Fringe shows.  If one was wondering where he could go in the wake of the other five, the answer comes as “upwards”.  It is not that the old dog has learned new tricks; it is just that he has honed and timed and gathered and dared. If anything, he becomes more shameless - and for one whose life is a very open book, broadcast on radio five times a week for X decades, this is saying something. In Joyful Strains he strips naked his abnormally high-arched foot to reveal the mysterious floppy big toe. It is something of a medical mystery and not a pretty sight.  “Floppy, floppy, floppy”. Those words will never sound the same.

The show’s format is as ever: Goers swings into the old comic gold of his raconteur persona telling tales of the stars of yore and anecdotes about his adventures in rural South Australia.  The adorable “Singing Milkman”, Robin “Smacka” Schmelzkopf, sings a gorgeous song, this time Show Me the Road to Amarillo. Goers does some more showbiz schtick and then ever-loved-and-loving Anne “Willsy” Wills comes on as the penultimate dazzle of fun, reminding us all that she ever was a singer who knows how to sell a song. It’s Broadway Babe this year, and the frock and boots are a blaze of giant red sequins.

Goers plays to the oldies because someone has to. He loves them and never patronises them.  Hence, the show has a language warning. He knows his craft and he makes sure his peeps get their money’s worth.

DISCLAIMER: Samela Harris is a Goers colleague on the Sunday Radio 891 Adelaide Smart Arts program but, as a theatre critic of fifty-plus years standing, she swears she would not and could not ever give a bum steer. If the show was lousy, this space would be blank.