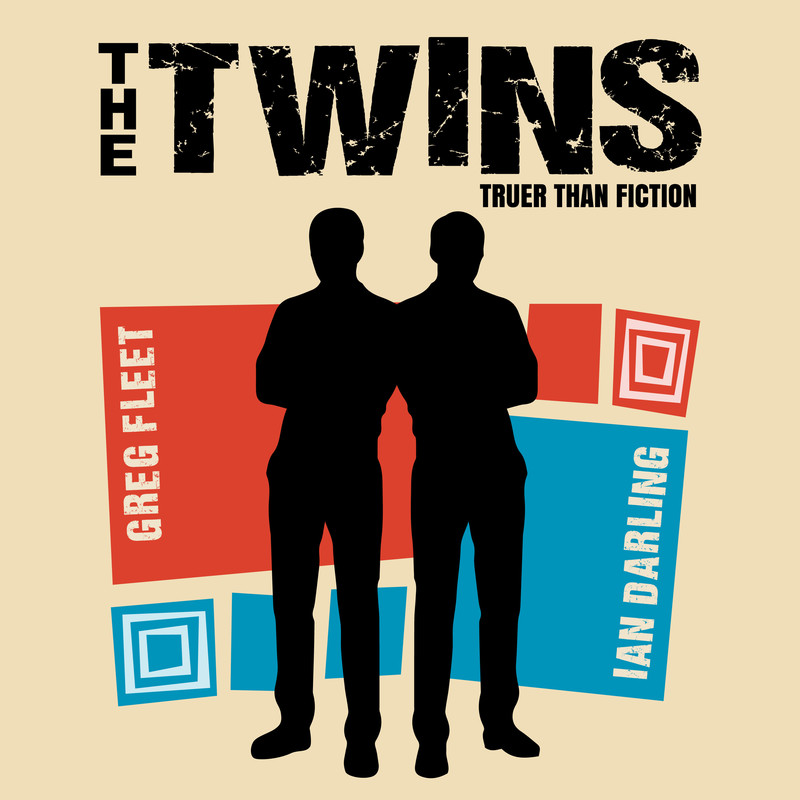 Ian Darling and Greg Fleet come from opposite sides of the tracks but were theatrically coupled at Geelong Grammar in the late ‘70s. Their bromance survived many episodes of years-long hibernation. After reconnecting early on life’s slippery slope, they thought that their lives were fascinating enough to workshop themselves into this fiesta of self-reflection and introspection. In other words, they play themselves as they recount the rips and curls of their enduring relationship in this world premiere production.

You may already know of stand-up comedian Greg Fleet and his battle with heroin addiction. He was kicked out of NIDA for such, yet nonetheless, he is a fine actor playing Greg Fleet. Ian Darling is an award-winning documentary filmmaker but probably wouldn’t have gotten through the front door at NIDA. No, wait a minute, he ‘fessed up to getting through the front door, and immediately back out again on the day of his audition, anxiously shying away from the opportunity. Decades later, he entered NIDA via the front door again – this time to help run the place as a director; one of his many board and executive positions. Fleet talks of Struggle Street as a performing art professional, while Darling - the Collins Street professional - laments not following his dream of a life in the arts with wistful regret and a hint of jealousy towards his pal. The irony is not lost.

The pair have locked themselves up in an art colony far in the bush ostensibly to make a two-hander of The Comedy of Errors, but not much happens and not much is at stake. Directors Terry Serio and Sarah Butler try to animate the script - written by Butler, Darling and Fleet - with some naff dance moves to snippets of nostalgic pop hits and random perambulations, but to no useful effect. It’s still two old friends having a chat about the past, and all so suburban - their ruminations aren’t any more interesting than mine. Darling even pondered if their play should go public. Hmm.