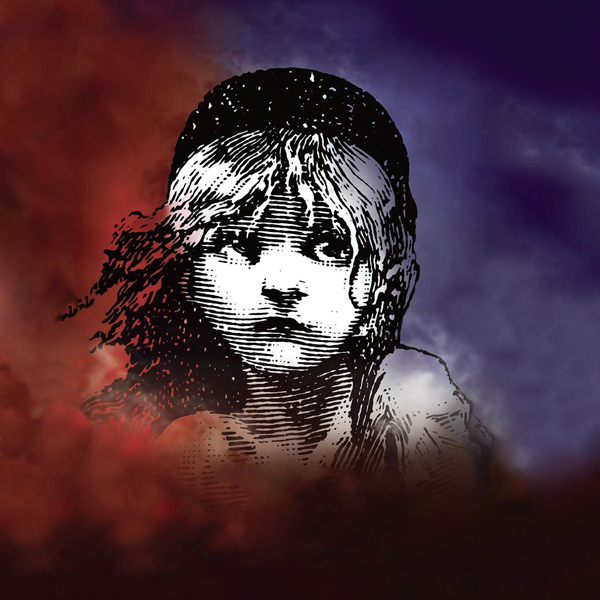 Adelaide Youth Theatre’s (AYT) production of Les Misérables is a complete winner. It is a joyous experience to watch talented young people strut their stuff on stage, but when it is done as professionally and as competently as it is in this production, one’s enjoyment is taken to a new level. One forgets the tender ages of the performers and their relative inexperience and instead sees a theatrical event that any established community theatre group would be proud to put their name to.

Bringing any musical to the stage requires the collaborative effort of many skilled people. The audience’s first impression of the production is the music and the impact the orchestra has on them. In this instance Mark Delaine’s fourteen piece ensemble delivers the goods in spades. Claude-Michel Schönberg’s epic score is loved the world over, and audiences warm to its gentle ballads, rousing anthems and heart-rending verismo arias, so expectations are automatically high. Delaine and the orchestra are at the top of their game; especially the keyboards, horns and woodwind. We are then introduced to the cast – specifically the members of the chain gang and ensemble. Their vocal work with At the End of the Day makes the hairs on the back of your neck bristle with excitement and anticipation.

And it just gets better and better.

The story of Les Misérables involves many diverse settings, including a workhouse, taverns, village square, barricaded Parisian streets, and a church. This presents complex staging challenges which AYT overcome through judicious use of projected scenery, multipurpose furniture, haze and empathetic lighting effects. Matt Ralph’s excellent lighting design is a feature of the production. The stage also wraps completely around the orchestra allowing action to take place behind, in front of and to its sides. Director Ray Cullen uses all these elements with great impact and the action flows smoothly between up and downstage, which also cleverly disguises some of the more complicated scene changes.

The ensemble vocal work of the impressively large cast of seventy-eight is fabulous, and the singing coaches and directors (Mark Stefanoff, Georgia Broomhall, Jared Gerschwitz, and especially Mark Oats and David MacGillivray) are to be soundly congratulated. The choruses were well articulated and resonant. The tempi were quite brisk on occasion, such as in One Day More at the conclusion of Act 1, but the ensemble never faltered. The soloists for the most part were convincing and tamed the demanding score.

Olsson-Jones imbues Jean Valjean with humanity and bookends his performance with strong and emotive vocal work. The vocal demands of Valjean are significant, and many tenor voices are tested by the required range. Olsson-Jones is challenged to consistently manage the lower registers at volume, however his mid-range in Bring Him Home, with its long sustained heart achingly beautiful notes, is simply outstanding and the audience’s applause is thunderous.

Tiffany Gaze plays Fantine with innocence and the right amount of vulnerability. This comes to the fore especially in her delivery of I Dreamed a Dream with equal confidence in both the high and low ends of the required vocal range.

AJ Patel has a fine and strong tenor voice with an attractive vibrato that allows him to excel as Marius. He has complete control over his instrument and extracts every last emotion to paint the highs and lows of the idealistic and passionate student who is in the throes of the first flush of romance and rebellion. AJ Patel is one to look out for.

Sophie Davies gives Cosette just the right amount of virtue and appeal that immediately makes her attractive to Marius. EJ Downing plays Eponine with beguiling restraint. Her Eponine is grudgingly tomboyish and stands in contrast to the more refined Cosette who enjoys the benefits that Valjean has been able to afford her. Cullen has directed Davies and Downing well to achieve this distinction. Downing’s I Love Him is a true delight, as is the trio A Heart Full of Love sung by Eponine, Marius and Cosette.

Dianna Baddams and Liam Tomlin have great fun as the Thénardiers. They are suitably over the top in almost everything they do, especially in the penultimate wedding scene, with Baddams taking every opportunity to hen-peck her hapless husband. Tomlin comes into his own displaying much malevolence in The Sewers (although his costume is too grand). Jack Raft gives strength and resolve to the role of Enjolras, the leader of the students, and is given solid support by Jaxon Roy who plays another of the students. Oscar Birkett’s Gavroche is totally endearing, and Ayla Kennedy who doubles as the younger Cosette and Eponine is pure innocence and sweetness.

Matt Monti is the standout in the role of Javert. His commanding and resonant bass baritone voice fills the auditorium and demands attention. He has crystal clear diction. Monti inhabits Javert: he plays the role with menace, authority, and imperiousness, but also with deep-seated reverence and respect for order in all things. His performance of Stars is the highlight of the show. Monti’s few vocal numbers with Olsson-Jones are also impressive, including The Cart Crash, in which their timing with each other and the orchestra is polished.

One of the remarkable things about this production is the speed with which the AYT team have brought it all together. Les Miz, as it is affectionally referred to, is a major endeavour. For it to work, all production elements need to come together seamlessly, and not least of all the vocal work and the music. This production was only auditioned last September with a few days of vocal rehearsals just prior to Christmas. The full cast only came together for the first time in early January and rehearsed for the first time with the orchestra a mere four days before opening night! Throughout that time a large group of volunteers, including parents and other theatre companies, worked on costumes, sets and the myriad of things that go into mounting a major production.

As the Director quipped, it was “Les Miz in a week”, and isn’t that just astounding?! To this reviewer, the high quality of the production across all elements seemed to indicate that it had been in rehearsal for months, not days!