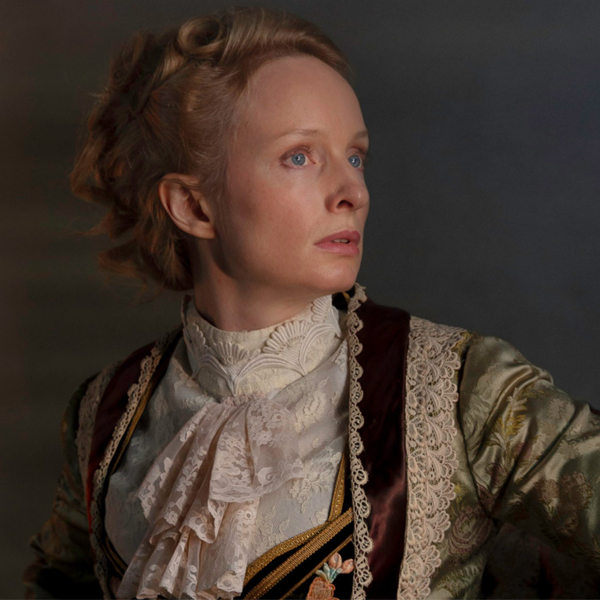 There's a delicious, loving buzz surrounding our new Her Majesty’s as she opens her doors for live performance, the spacious new auditorium now in Covid mode with audiences strictly allocated to alternative seats only. Interestingly, on their first experience, the people seemed to love this restriction and yearn for its permanency; not an expected outcome.

In lieu of the deferred glittering song-and-dance, new-theatre, razzle-dazzle opening, Her Majesty’s is staging a serious play, and a classic proscenium-period theatre production to boot.

It is an extremely tall logistical order for director Catherine Fitzgerald, the State Theatre team, and the Festival Centre administration.

But, Adelaide’s theatre people have shown themselves to be glad, simply glad, to have a show at last and they trust in the pre-planned season choices of State Theatre.

By serendipity, this Patrick Hamilton play provides a nod to Her Majesty’s vaudevillian past, there being references to London theatre of the day and actresses out of work.

Fitzgerald has embraced these links absolutely beautifully, bookending the play quite literally with some artful period shtick.

Gaslight is a Victorian psychological thriller, the tale of a hapless young wife whose sinister spouse cajoles and bullies her into thinking she is going mad. It is a play with arguably the best ending in the world, especially as manifested in this production.

For this extra special presentation on this huge new stage, there is a lush and towering set. It is in hues of green and brown with an affluent clutter of art and family possessions, including, one notes, peacock feathers for good luck in the theatre. The principal character, Bella Manningham, wears a prepossessing deep blue and black heavy Victorian bustled frock designed, as is the set, by Alisa Paterson. If there is any fault in the set design, it is that it is so comfortable-looking that one wouldn’t mind moving in.

Nic Mollison’s lighting is a particular triumph. There are sconces of gas lights all around the room and they play their own vital role, not only in day-and-night interior illuminations but in being an eerie part of the plot.

Perhaps because of the scale of the new Her Maj, all the cast members wear microphones, perhaps a less perfect enhancement to the production and one wonders how essential.

Fitzgerald has taken the giant step of blind casting, having Eileen Darley playing the part of the male detective, Inspector Rough.  Always a fine actress, Darley seems to have come to a peak of splendid in her skills.  She devours the role, adding, as the director intended, the undercurrent idea of women’s roles in supporting women who silently suffer domestic violence.  Darley looks wonderful in the layers of male attire, partly comical and party heroic, Indeed, the streaks of comedy through the play are welcome because the plot has one gritting one’s teeth with resentful fury, such a devious creep of patriarchal arrogance is the dominant character, Jack Manningham.

As one would expect, the lead performances by Ksenja Logos as Bella and Nathan O’Keefe as Jack are highly groomed and attuned, Logos desperately pitiable in her growing confusion and O’Keefe slimy and cruel in his psychological manipulations. They are well supported by Katherine Sortini and Ellen Freeman’s engaging characterisations as the two house servants. They offer light and dark embellishment to the conspiratorial prison of the Manningham marriage.

The Andrew Howard soundscape is subtle and apt for this production although there are periods when the play’s muted vocal tones and soothing hues set the mind wandering.

Gaslight is a long, wordy, old-school piece of very trad theatre. It is whence the term “gaslighting” emerged as a definition of making another person fear for their sanity. In this context, it has contemporary currency since there is Donald Trump out there making us all feel as if our world axis has skewed.

So, it comes to pass that happenstance has happened and that this first chapter of the new Her Majesty’s history is a fascinating story in its own right.

Here’s to the next many and varied chapters.