The Sound of History 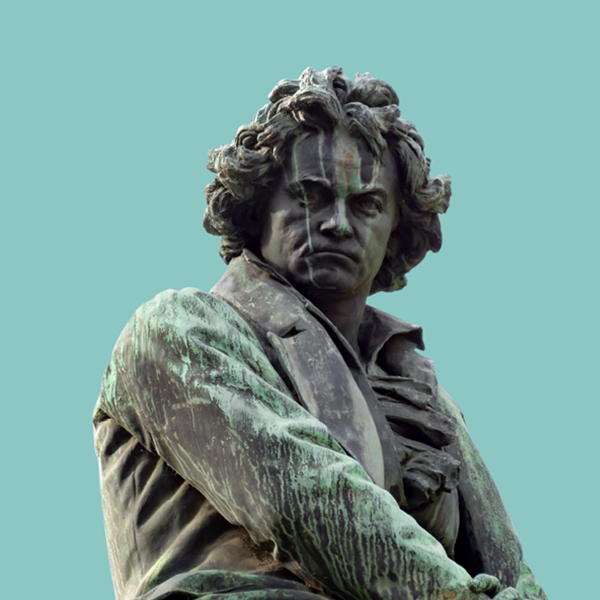 This year marks the 250th birthday of Ludwig van Beethoven, and around the world there are more events commemorating this than you can shake a stick at! At this year’s Adelaide Festival we have enjoyed the Lyon Opera Ballet’s Trois Grandes Fugues, which celebrated Beethoven’s Grosse Fugue Op. 133, and several of his string quartets, and throughout this year the Adelaide Symphony orchestra will perform all his symphonies and his violin concerto.

It is manifestly obvious that Beethoven is, and will likely continue to be one of humankind’s most loved composers, and almost everyone surely knows that the great man was tormented with chronic deafness. What is perhaps not as well known is that his affliction nearly pushed him to the precipice of wanting to end his own life. Beethoven wrote to his brothers about his turmoil in a heart wrenching letter that is now referred to as the Heiligenstadt Testament.

So, in this special commemorative year it is fitting this especially painful time in Beethoven’s life is explored so that we can appreciate the man’s musical genius all the more. The Sound of History does just that, and presents music composed by Beethoven before and after Heiligenstadt, and also presents a modern composition that is a musical interpretation of Beethoven’s pain.

Performed by Adelaide Symphony Orchestra, the program comprises extracts from Beethoven’s Septet in E flat, Op.20, the Piano Concerto No.1 in C, Op.15, Symphony No.1 in C, Op.21, and Symphony No.2 in D, Op.36. These excerpts are accompanied by short contextual explanations delivered by Professor Christopher Clark from the University of Cambridge. This part of the program is intensely interesting, and exposes a number of myths surrounding Beethoven’s deafness. Clark is erudite, and his material is factual, interesting and to the point. However, the event feels too much like a lecture – replete with giant slide projections on a screen hanging behind the orchestra – and the musical extracts become more of a ‘tease’. Such feelings are pushed aside when the Adelaide Symphony Orchestra performs Brett Dean’s Testament: Music for Orchestra, which is a musical response to the turmoil Beethoven must have been in as his hearing increasingly became worse.

Throughout the evening the projection screen also captures live images of sections of the orchestra as they play. This adds an extra dimension to the whole concert experience.

Dean’s Testament is a remarkable composition. It attempts to create in sound what Beethoven must have heard as his hearing failed. It plumbs the depths of emotion to express the despair felt by the man. Dean himself was to have conducted the concert but he is a recent COVID19 victim and is currently under medical isolation in hospital. A nice touch was to project a video message from him thanking Richard Mills AM who stepped in at the eleventh hour to ‘rescue’ the entire concert.

Mills demonstrates his undoubted class with his leading of the Adelaide Symphony Orchestra in a ‘safe’ reading of Beethoven’s Symphony No.3 in E flat, Op.55 ‘Eroica’. Mills and the orchestra take the mighty Eroica at a measured pace with the dynamics carefully planned from beginning to end: the strength of the opening chord; the potency of the funeral march; the energy of the scherzo; and the sheer might of the finale; all are in balance. One is never surprised – it is as we expect – and the result sends the audience home confirmed in their belief that Beethoven was, is, and will always be one of the greatest.