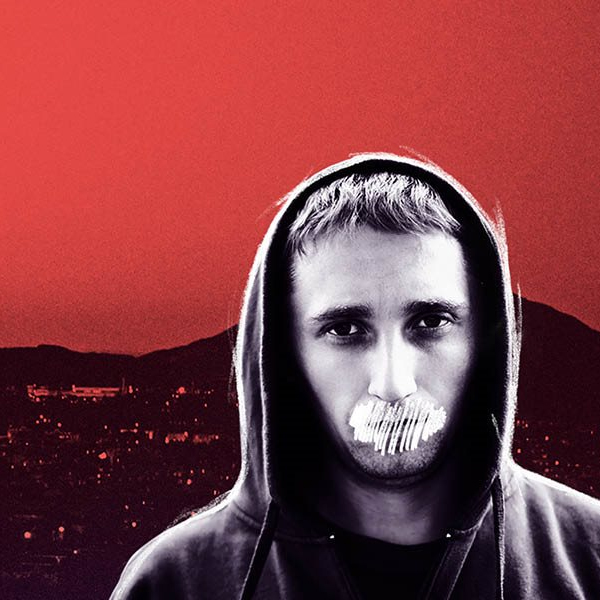 Whose life is it, anyway?

Libby despairs that she is a complete loser. At 41 she is a disillusioned would-be playwright devoid of any sense of self-worth. She’s snatched from edge of the Edinburgh’s Salisbury Crags by another loser, Declan, a broken 17-year-old finding escape from a violent, working-class home by sitting and drawing on the Crags. And so an unlikely and awkward friendship begins. Gradually each character lets down their guard and confides in the other, and Libby sees an interesting cultural story emerging from the life of the boy. It sows a seed to break the curse of 20 barren writing years.

As performed by Shauna Macdonald and Angus Taylor, with direction by Orla O’Loughlin, Mouthpiece is an intense 90 minutes of achingly credible theatre.  And for one who once lived, worked, and loved in Edinburgh, it resounds vivdly with a sense of Edinburgh: its crags and skies, vistas, and social contrasts. Libby lives in the elegant Georgian New Town while Declan comes from the struggling world of the housing estates on the wrong side of town. Although such cultural divides are not exclusive to Edinburgh, the city's contextual omnipresence adds a significant element to the play, which is spoken precisely in the two idiomatic Edinburgh accents denoting high and low society.

The play digs poignantly into the innocence and vulnerability of the disadvantaged as Libby proffers to Declan some of the privileges he had no idea were civic entitlements. His wonderment at her interest in him is edged by both hunger and resentment and he makes it clear that he has a dangerous streak.

Libby, on the other hand, retreats from the edge of real involvement in a damaged young human being and, tediously obsessed with the idea of being a “story teller”, chooses to leave him to his sorry destiny but to take his story. Funnily enough, Declan sees this as theft. And the age-old issue of who owns whose story emerges to keep the audiences debating long after the play is over.

While it is not historically earth-shattering, this is a very nicely observed and scripted study of humankind and is given consummate characterisation and tension by the two fine Traverse Theatre Company performers.

In a strange plot device in this work by young Edinburgh writer Kieran Hurley, the aspiring playwright snatches moments aside at a microphone to analyse the creative process. It strikes one as a bit arch albeit at times interesting.

That’s one thing no one will argue. After all, it is why we are all there in the first place.