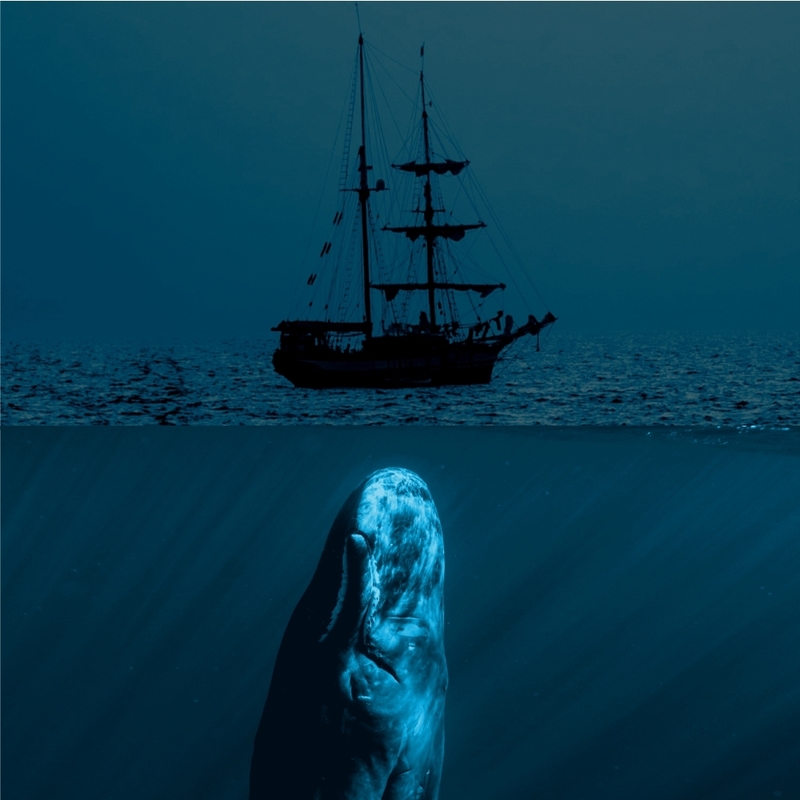 “Thar she blows!” One of the most famous lines in literature comes from American Herman Melville’s 1851 novel, Moby-Dick: or, The Whale. And it’s thrillingly the first line of Ishmael in Ross Ericson’s re-scripting of the tall whale tale from the novel to the stage in his one-man show.

The set comprised a few of the sea farer’s needs and a bit of sail. Ericson is an imposing whale of a man who commands attention; he is dressed in interesting clothing of the day and is bursting to tell the tale. The text is taut as a hemp rope on a whaler and he admirably rips through the long novel with amazing detail, but Ericson’s energy gets the best of him. While we are evocatively aboard ship on the high seas, chasing and harpooning large whales from small boats, and enthralled and fascinated with the obsessed Captain Ahab and his malevolent white whale, loudness seems suitable to convey the excitement yet Ericson is too often yelling. When employed, his dulcet tones were a relief, but alas, we didn’t hear enough of them until after the show when he was himself, spruiking his other show, Gratiano. Too frequently, lines were recalled after a short brain search, and sometimes a wrong word was followed by the similarly sounding correct one, rather cutely, like, “Queequeg,” and then, “Pequod.” Diction and clarity also got trampled in the rush.

Director Michelle Yim maybe didn’t notice these things, or opening night was far too exciting for Ericson. The creative team might also have included more evocative sounds like creaking blocks and tackles, high winds and seas, and the cries of violent deaths. Ericson pursued a great script and then harpooned it.