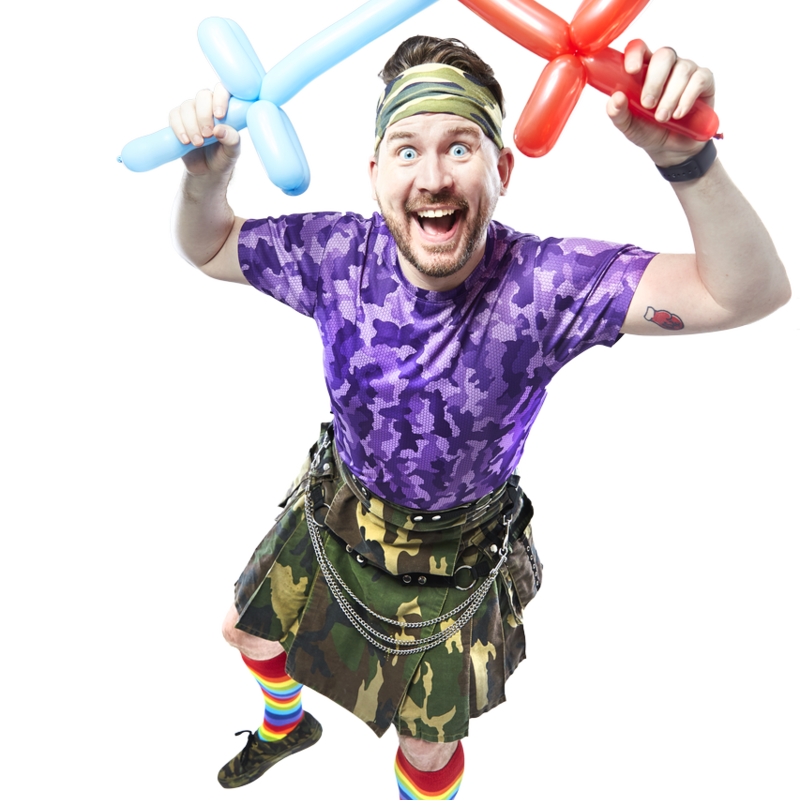 Balloon tricks is almost an iron-clad guarantee to entertain kids, and Balloonatics (pronounced to rhyme with lunatics) is no exception. Start winding those long pencil shaped balloons into animals, and you’ve won.

Scottish comedian Chris Henry (who let the adults know that he also does a show at night, which is a little less polite) welcomed the kids with some good patter from the mobile phone attached to his wrist, although the notion of a pre-recorded script and the concomitant jokes was somewhat lost on the younger audience members, who just wanted to get the balloon action going.

‘Favourite animals’ was of course the theme to get them going, and luckily the usual pets came up, the dog, the cat, the giraffe. You don’t have a giraffe? Loser.

The kids were for the most part, happy to be part of the show; the small audience meant that anyone who wanted to could join in. From super heroes to emojis, balloons were twisted, turned and tugged over kids - and occasionally their parents – accompanied by much raucous laughter (and a few tears as they inevitably popped) and just a bit of audience heckling.

Henry makes enough adult allusions to keep the parents entertained, but there probably needs to be a bit more for the kids; their attention span is short, and they’re just not there for the conversation, unless it’s about them!

Lots of room for improv; it does take a brave man to work with kids and balloons, and Henry is up to the task. Funny, silly and entertaining.