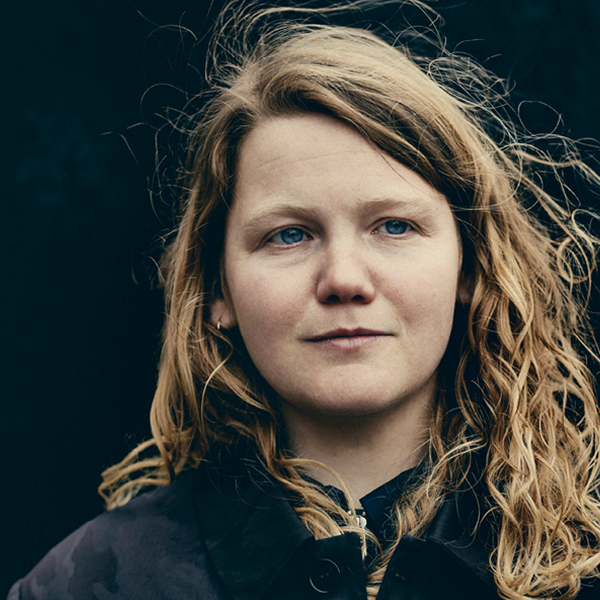 Kate Tempest is exactly that. A storm of spoken words, ideas, dreams. Standing on the stage in front of a backdrop featuring a large circle, she thanks us before the show; she might not get to it later, and she really wants to say thank you.

Opening her Festival show with Europe Is Lost, we are immediately plunged into her apocalyptic world view: “Europe is lost, America lost, London lost // Still we are clamouring victory // All that is meaningless rules // We have learned nothing from history”

Her head shorn of the curly red locks we’ve come to associate with her, Tempest doesn’t keep us down in the despair that it is so easy to sink into; in People’s Faces she brings a vision of hope, understanding that, “It's hard, we got our heads down and our hackles up” but there is an end, there is an end.

Tempest featured pieces from her two previous albums (both nominated for the Mercury Prize) and the most recent The Book Of Traps And Lessons, produced by the legendary Rick Rubin, who also produced the remarkable American Recordings for Johnny Cash.

It is tempting to just keep telling you what she says, but there are albums, books and plays for that. But the words just hammer, they grind, they imprint, and all the while Clare Uchima’s synthesiser loops and swirls, sometimes pounding, sometimes soothing.

The lighting was the least successful part of the show; shining bright white lights directly into the audience’s eyes is known as ‘crowdfucking’ and there was far too much of it during this performance.

But all is forgiven when Tempest croons Lessons, then bursts into Circles, reaching a crescendo of pulsating light and synth rhythm, noise and light assaulting the senses.

“I go round in circles // Not graceful, not like dancers // Not neatly, not like compass and pencil //
More like a dog on a lead, going mental.”

Kate Tempest is a force to be reckoned with.