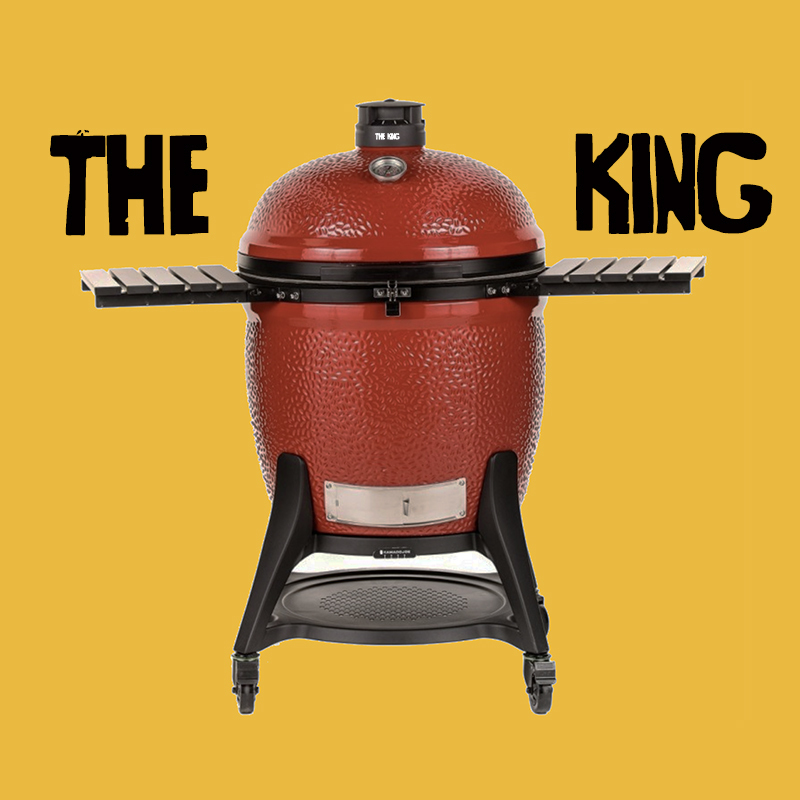 For the first time, Holden Street’s celebrated, award-winning resident theatre company has joined in to the venue’s wild and varied Fringe program lineup. But what an odd offering.

The King is a short play (or long skit) about what happens when a hen-pecked husband succumbs to a high-pressure sell. It is written by respected Texas-born Adelaide playwright Jimmy Lyons in American idiom but performed with Australian accents. Hence, many funny lines flounder in a cultural wilderness. Red Phoenix seems to have an issue with American accents. It eschewed the southern drawl in American playwright Horton Foote’s Dividing the Estate and now, in this exercise on the crass American hard sell, it has done it again, this time under Adrian Barnes’ direction.

Perchance, the script could be Australianised and the “grill” become a barbie. Then again, the salesman’s tenacious pushiness may need changing. Of the three characters in the play, ironically enough, he seems to be the most complex and interesting. He is the absolute, tragic, desperation bottom line of Willy Lomans, a salesman who will sink to any depth to make a sale. He is fearlessly embodied by Michael Eustice, who creates a soul so persistently obnoxious that one wants to run for cover. Fortunately, his customer is a complete dolt and a very uninteresting man and he takes the bait. He is a pussy-whipped loser. One is surprised that any self-respecting career woman would be married to him. But, she’s an ugly unfulfilled character. He’s an ugly unfulfilled character. Their relationship is a crude passe #metoo battle of the sexes. One does not want to know about their sex life.

So maybe the accent is not the thing, the play’s the thing.

One is left admiring the valiant Red Phoenix cast of Eustice, Nigel Tripodi and Sharon Malujlo. They’re three terrific actors, troupers through and through, and they each deserve a star.