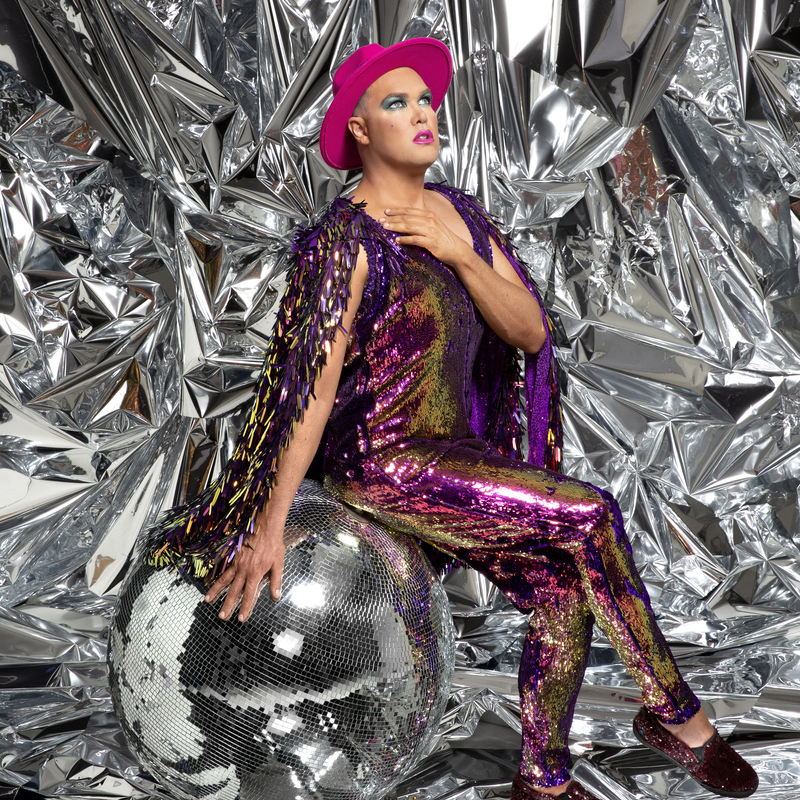 For an international superstar, our Hans the German remains a loyal, grounded Fringe performer, albeit he has had to move to a bigger, bigger venue to squeeze in the adoring crowds.

Half the joy of going to a Hans show is feeling the love in the room.

Hans does not short-change all that ardour.

He packs his Fringe hour with bling and volume, fun and folly, glamour, and most significantly, the magic of a genuine connection to his audience.

In this new venue with its towering tiered bleachers, he gives the crowd a sweet tease by not appearing on stage when it is clear he is about to make an entrance. Where is his voice coming from? Then, impossibly, he is spotlit way up there at the top of the stairs, shimmering in feathers and sparkle.

Indeed, Hans is not one to be constrained to performance on the stage. A large part of his act takes place in the aisle where he can best make eye contact with his audience - and pick the target of the night. In this case it is Steve who may or may not be from Munno Para but certainly strikes Hans as P&O Cruise ship material. Hans, it turns out, has come to know this new breed of audience in his forays as a cruise ship entertainer.

When not in the aisles, he is playing it fleet-footed up and down the sparkly stairs and doing agile dance routines with his new Lucky Bitches who happen to be male dancers. Yes, he has amped up the camp. His two female backing singers, he reveals, are now called The Rejections, since, he says, they failed an audition for Velvet. The band remains his Ungrateful Bastards. All and sundry work with him to keep the energy and the high spirit whipped right up.

Hans has new topical patter, new good gags, new old numbers and old, old numbers and, especially, his sensational new single, Oxygen, which is a highly innuendoed love song to his accordion. It’s one helluva catchy tune. And, come to think of it, Oxygen is a catchy name for airing on the radio.

Hans fills his Haus of Hans: Disco Spektakular with bright lights and fireworks and, of course, there’s piano virtuoso, a spot of tap, the famous splits on the chairs and lots of costume changes.

He is a showman through and through. As the years roll on, he just gets better at his craft. Fit, funny, impish and quick-witted, big and beautiful.