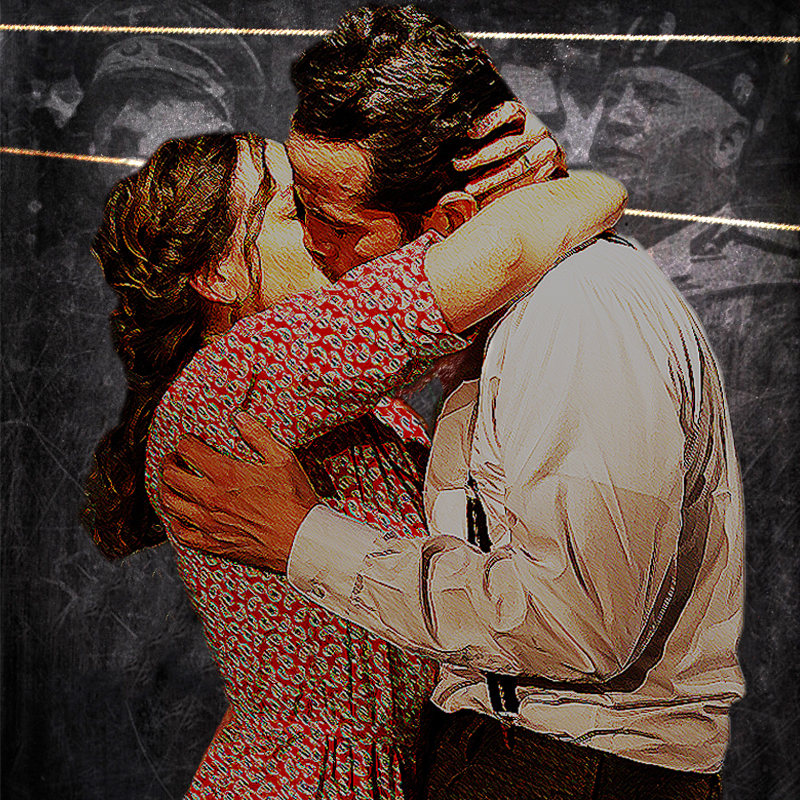 You will not see better theatre at the Adelaide Fringe than A Special Day.

From the very start, the production breaks down the so-called ‘fourth wall’ – that metaphorical divide between stage and audience – and enchants us. It instantly suspends our disbelief and makes us obedient yet willing slaves to its ingenious artifice.

Inspired by the Italian film Una Giornata Particolare (that starred Sophia Loren and Marcello Mastroianni) and performed in English, A Special Day follows a brief encounter between Antonietta (played by Ana Graham) and Gabriele (Antonio Vega). They are neighbours in a Roman apartment block and their accidental meeting takes place on May 6, 1938, when Hitler and his chiefs of staff visit Mussolini in Rome. Antonietta’s husband and six children have all gone to the big event, and despite her being a devotee of Mussolini, she stays behind to continue with the drudgery of housework. In her efforts to retrieve her pet bird that escapes the apartment, Antonietta chances upon Gabriele. They are very much drawn to each other and an unlikely brief romance of sorts unfolds.

Graham and Vega both give rich and layered performances as they gradually expose the essence, complexities, hopes, and fears of their characters. They are both accomplished actors of the highest calibre: timing and pace is impeccable; gestures are never squandered; and body language subtly enriches everything they do. It is a joy to watch them at work.

But this production has an astonishingly ingenious twist. The box set comprises plain black walls and a few items of furniture and household items. Anything else that is needed is literally drawn on the walls by the actors with chalk as and when it is needed: Vega needs a telephone to make a call, so he draws one on the wall; Graham needs a mirror to make-up in, and she draws one. There are numerous such examples – door bell, phonograph, windows, and bird cage to name a few – and it is mesmerising to watch the set gradually develop in front of our eyes. The audience’s imagination is plumbed to its collective depth – disbelief is suspended.

The emotional intensity of the narrative is enhanced by the use of a recorded soundscape that Vega operates by a remote control from a computer that is placed nearby. They also make live sound effects – such as the pet bird, and door bells – which initially seem ‘cutesy’ humorous curiosities but rapidly become an integral part of the theatrical fabric of the entire production.

A Special Day is full of surprises, but essentially it is a beautifully performed and poignant human drama about two unexceptional people living in exceptional times.