Innuendo Everywhere: Becky Blake and Steve Davis do it 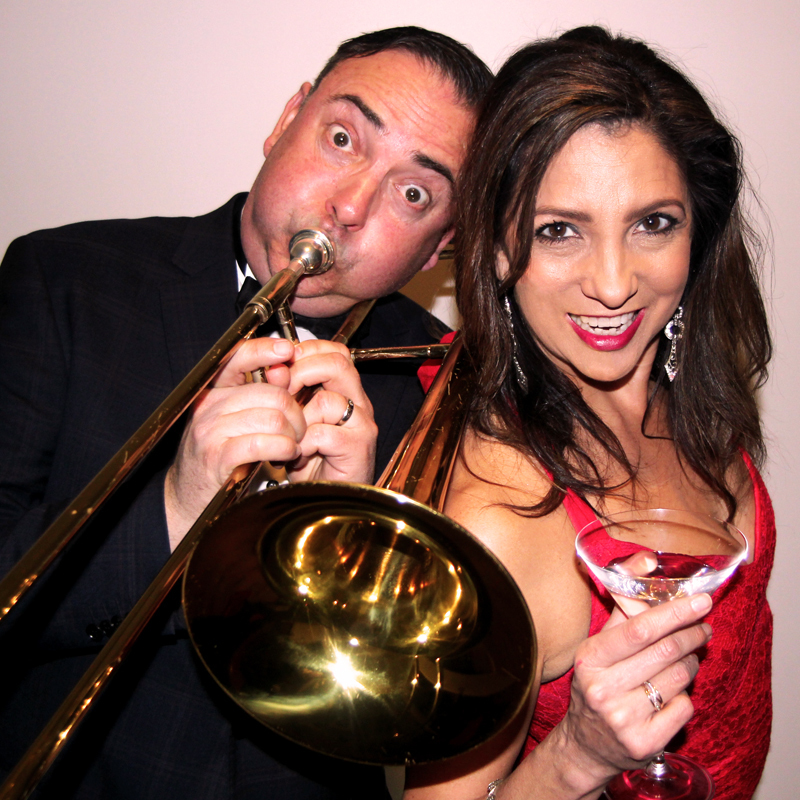 It’s there if you look for it. Innuendo, that is.  It seems that Steve Davis and Becky Blake didn’t have to look far.  It’s even in the school tuckshop menu declares Davis, looking like an over-the-top Etonian headmaster in mortarboard and swirling black gown as he embodies one Professor Longsword. He lists common food items with salubrious disapproval and an oft-raised eyebrow.  Off the menu they come. Tsk tsk.

One could question the good taste of a solid hour of double entendres, but that would be pointless, since that’s what the show is all about. It dips just to the edge of bad taste but never descends into it; suggestive but never salacious. Instead, it is silly and funny, a riot of wordplay and bizarrely obscure euphemisms, generally made all the funnier by Davis’s quirky clowning. Just as he is quite the comic fellow, Becky Blake is absolutely the fearless songstress. The Chunky Custard star arrives as the meek teacher, Miss Fondadick, but morphs into increasingly outrageous characters as she delivers old-school advertisements and tres risque songs. She’s a talent and a joy, a marvel on the keyboard and a voice for all genres. There are a zillion costume changes and the pair play suggestive Playschool skits with a hapless audience member as they rev up the content with a nod to director Glynn Nicholas who is there somewhere up the back of the upstairs performance space at the charming Duke of Brunswick hotel. The only negative of our review night was an air conditioner of such arctic efficiency that this critic was almost blown to ice, until from behind her a Sir Galahad by the name of Anton Schrama gently proffered a shirt which saved both the critic and her ability to focus on the show.  The result of this kindness was that a good time was had by all, and plenty of laughs.

The short season is a sell-out and rightly so. Maybe they’ll sort out a reprise. One can only hope.

Where: Duke of Brunswick Hotel