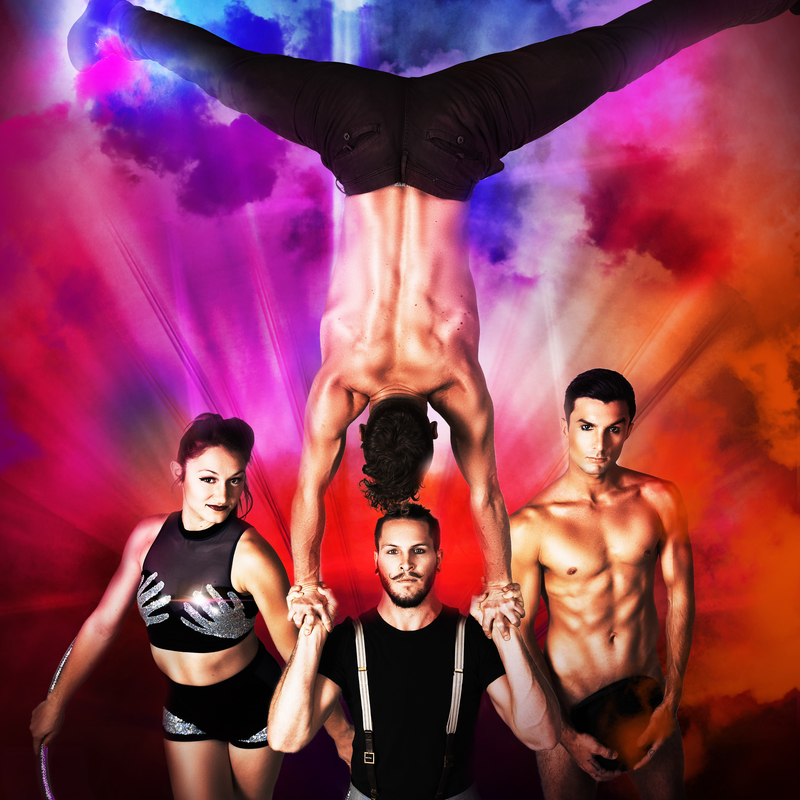 Presented by Melbourne based company Head First Acrobats, Circus’Cision is another event in the seemingly ever increasing and popular genre of Circus and Physical Theatre. With many such events to choose from, punters are looking for a point of difference to encourage them to choose one event over another.

Circus’Cision has one point of difference – four of the cast, who are all buff and beautifully built lads, get there full kit off (yes, everything) and spend five hilarious minutes performing to Tchaikovsky’s Dance of the Sugar Plum Fairy while trying to hide their ample packages from the sustained and direct view of the audience. They go to great pains, literally, to give as many fleeting glimpses as possible, which is the whole point really, and the audience laps up the good humour of it all. Guys in the audience have tears in their eyes, and so do the gals, but for different reasons. (At this point the title of the show makes sense!)

There are many of the other usual circus suspects on display: hoop tossing and swirling; aerial strap work (including what almost amounts to a suicidal death drop – scarily impressive!); juggling an impressive number of balls, as well as 10-pin skittles with an umbrella!; seemingly impossible and painful body balancing tricks; contortionist antics; a choreographed sexually ambivalent body balancing nod to Game of Thrones; and more.

An amount of this, or similar, has been seen in other events and in other festivals. What makes this show different is the Sugar Plum Fairy routine and the sexy and cheeky patter of the MC. He doesn’t provide a narrative to give the show a sense of coherence, because it’s not that type of show – he simply exposes the show (pun intended) for what it is: a tongue in cheek good-fun time with impressive bodies and circus tricks.