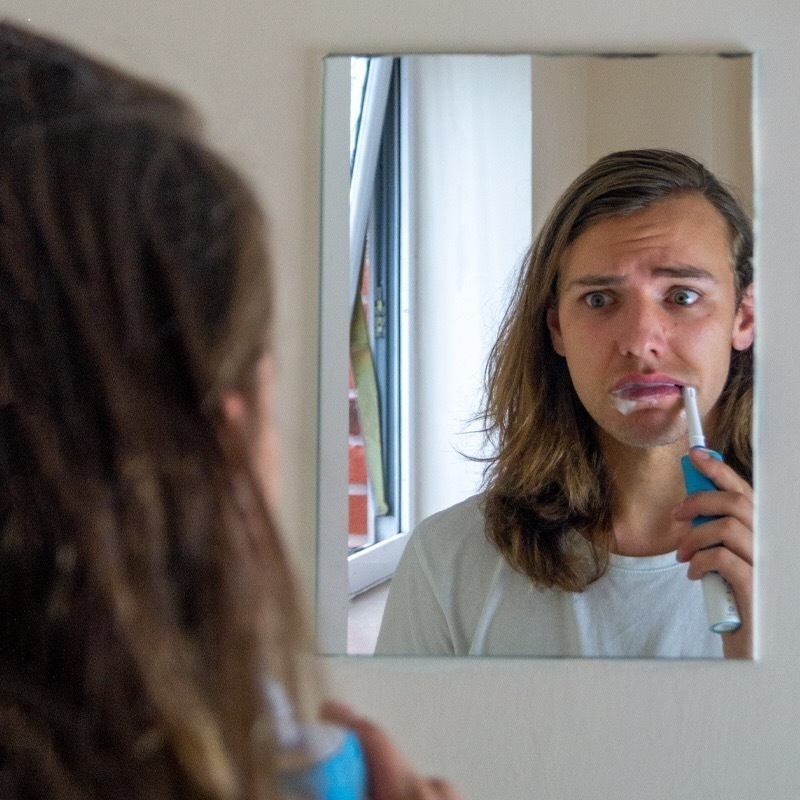 Horrendous is written and performed by Adelaide born / Manchester based Harry Tobias. It is a poignant story of a young gay man whose life appears to be running out of control: is he a victim of the behaviour of others, or is he the maker of his own ‘horrendous’ situation? The narrative would suggest both with perhaps underlying mental health issues as an explanation for some of the young man’s behaviours and responses.

Tobias is a courageous performer and writer. At times his script is confronting, with its ‘no holds barred’ approach to describing the young man’s sexual behaviours and his turbulent attitudes to his family, friends and lover. Much of the impetus of the play is achieved through a sequence of dialogues between the young man and the people in his life, who are heard (through numerous voiceovers) but not seen. Tobias injects adequate nuance into his responses to these people, and the sections that involve rapid verbal exchanges are particularly well handled, more so than those where he reacts to extended statements from the other person (such as by the young man’s lover).

The quality of the voice overs is variable, and that of his potential employer is the most engaging. This is perhaps the high point of the performance and Tobias gives us a better glimpse into what he is capable of as an actor. Disappointingly, the text and voice over of his lover towards the end of the play lacks the emotion and gravitas that is needed. If Horrendous is to be further workshopped, and it deserves to be, this is a vital area to work on: the voiceovers – both text and execution – are crucial to the success of the whole piece. Kudos to Lucy Mitchell for her sound design and operation.

In an epilogue to the performance, Tobias suggests audience members who are confronted by the themes in the play might choose to discuss their fears and concerns with support services, such as Beyond Blue and Lifeline. However, the text of the play is not sufficiently robust or authentic to ensure that such thoughts are overwhelmingly brought to the front of one’s mind to warrant such a foreboding post script from the stage.

Tobias uses an open black box set with a few strategically placed properties, which he uses effectively and seamlessly. No clunkiness here. Stephen Dean’s sensitive lighting plot assists the mood of the production, and its execution is precise.