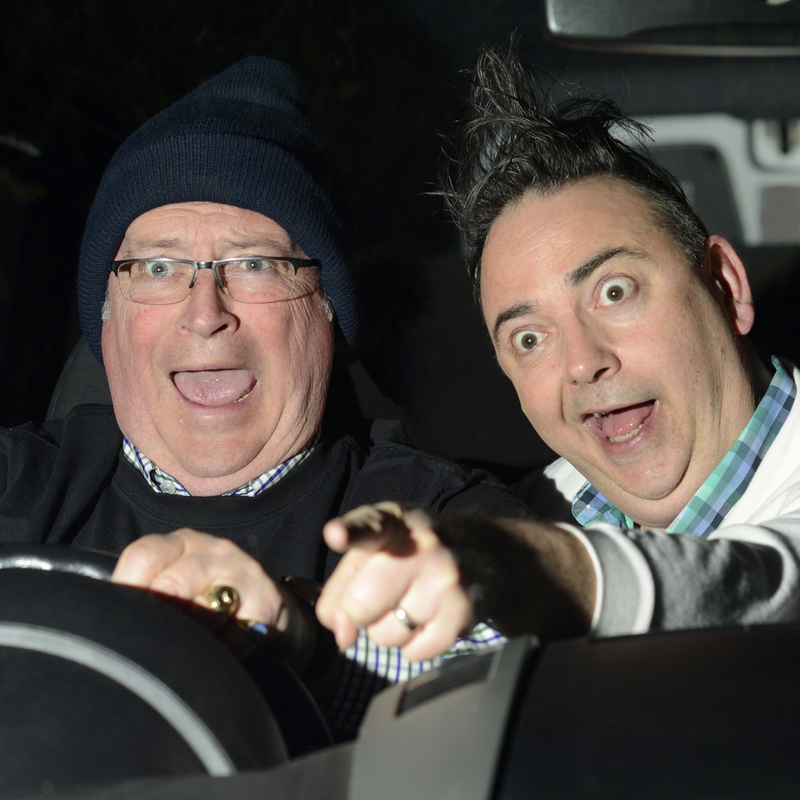 The dear old Historian Hotel is tucked away in Coromandel Place which runs between Pirie Street and Grenfell Street, and yet everyone finds it hard to locate. This navigational oddity draws a goodly laugh from the audience at Steve Davis and Ralf Hadzic’s oddball Fringe show with its oddball Ken Kesey-esque title.

This is the second year this odd partnership has performed here. They seem to be good mates and they drew an opening night audience of old Adelaide celebrity stalwarts. Retro heaven. The idea of the show derives from Hadzic’s career as chauffeur and friend to the stars. He has stories to tell.

Steve Davis, who is not a chauffeur but a ground breaking podcaster and business consultant, also has stories to tell about his mate the chauffeur and the folly of following his trail of, as it turns out, rapidly vanishing stars. The two buddies pilgrimaged across the US on Hadzic’s promise of delivering celebrity interviews. Disappointingly, Kenny Rogers was sick and Margo Robbie was busy. So Davis’s grand adventure ended up in sharing a room with a man whose social media phone notifications kept him awake all night. Out of the nightmare comes a comic skit.

Davis fills the first part of the show with extremely competent comic patter about life on the road with the chauffeur. Davis has a marvellous voice, a skill in writing comedy, and the timing to deliver it.

But, it’s a multimedia show with insanely bad video work. Margo Robbie is replaced by Adelaide’s beloved queen of Logies, Anne Wills, who hops in a car James Corden style for some jolly banter with our heroes. Glenn Shorrock sits in the car for a droll chat, too. And, on the cold streets of New York City, they manage a quaintly embarrassing interview with our own Hans, AKA Matt Gilbertson.

Hadzic, an American of Islamic, Catholic, and Jewish background and a former man in the Fat-Cat suit, has more front than John Martins and he takes to the mic with high chutzpa and a few secrets of the chauffeur’s trade, mainly outrageous “rider” demands such as 55 different sorts of mineral water a day and do not speak or look at me.  He’s very out-there in his golden sneakers, surprisingly ingenuous in some ways but, unfortunately, some of his gossipy shtick scrapes at the bottom of the pond of good taste.

This is the second Fringe production by Davis and Hadzic. They are chalk and cheese.

If it was three separate shows, the stars might read:  Davis: four stars. Video: two stars. Chauffeur: Two stars. As one show, however, it evens out to two and three quarter stars with an added quarter because Willsy’s in it.