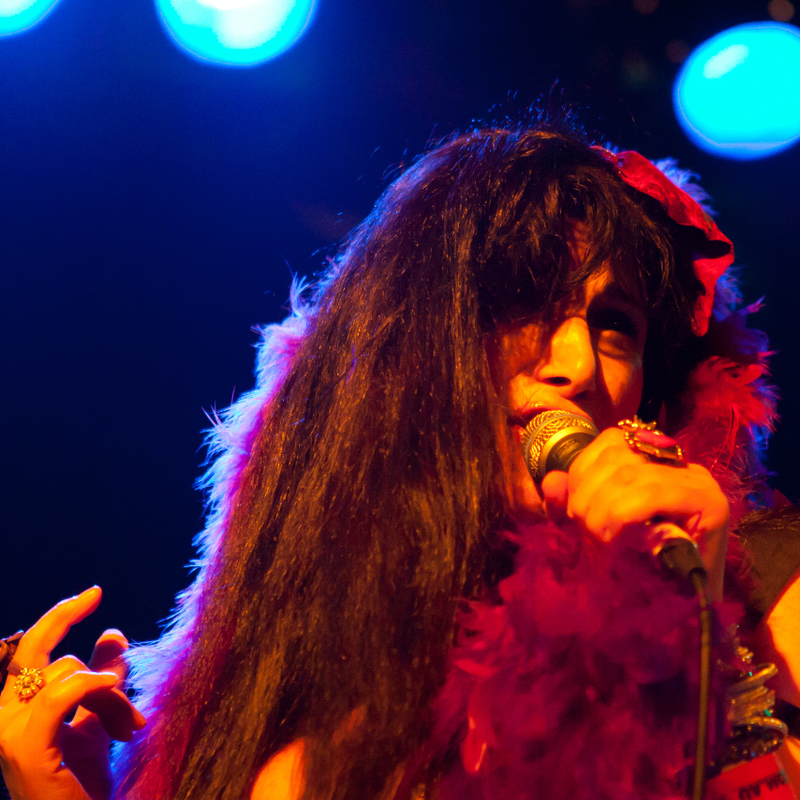 Janis Joplin was hugely successful and, arguably, paved the way for female rockers who followed her because she trod the counterculture path that others were reluctant to go down first. Anthea Jewels “is” Janis Joplin and being in the audience at her tribute show surely feels like it must have been at the Monterey Pop Festival in the late 1960s, where Joplin cooked up a storm and forever thrust herself firmly and loudly into international consciousness.

Jewells and her talented six piece band (lead and bass guitars, tenor and baritone sax, drum kit, keyboards) brought Janis Joplin to life and sang and played their way through many of Joplin’s classic songs, including Piece of my Heart, Bobby McGee, Mercedes Benz, Cry Baby, Kozmic Blues, Ball and Chain, and more. Throughout Jewells bared her clear admiration for Joplin and knitted the songs together with a heart-felt spoken narrative that gave a glimpse into Joplin’s life and the essence that made her ‘tick’.

It was more than a concert – it was a celebration of a life that was tragically cut short in 1970, at the age of 27, by a heroin overdose. If she was still alive, Joplin would have just celebrated her seventy-seventh birthday and, unsurprisingly, a number of people in the audience were not much younger than that. But advancing years doesn’t stop them accepting Jewells’ invitation to join her on the dance floor and strut out some moves.

Jewells has a powerful voice with a wide range and tessitura that ideally suits Joplin’s songs. Jewells is as comfortable in the high notes as she is in the lower register, with no loss of musicality or strength across the range. Also, her band knows how to complement her voice, with the keyboard particularly emphasising the treble notes to overcome some of the acoustic problems in the small venue.

Jewells really looks the part; wearing nostalgic flared bejewelled tight-fitting trousers and psychedelic tops and hair accessories, to say nothing of the myriad bangles and baubles. She even distributes garish necklaces to audience members to wear – men and women alike – to help wind back the clock to the 60s.

This is warm, generous and celebratory concert. There should be a little bit of Janis in us all, so don’t miss this outfit when they next visit RADelaide!

One grizzle however, the show was billed in the Fringe Guide to start at 7pm, but no-one told the band who were emphatically under the impression that it started at 8pm (“We always start at 8pm!”)