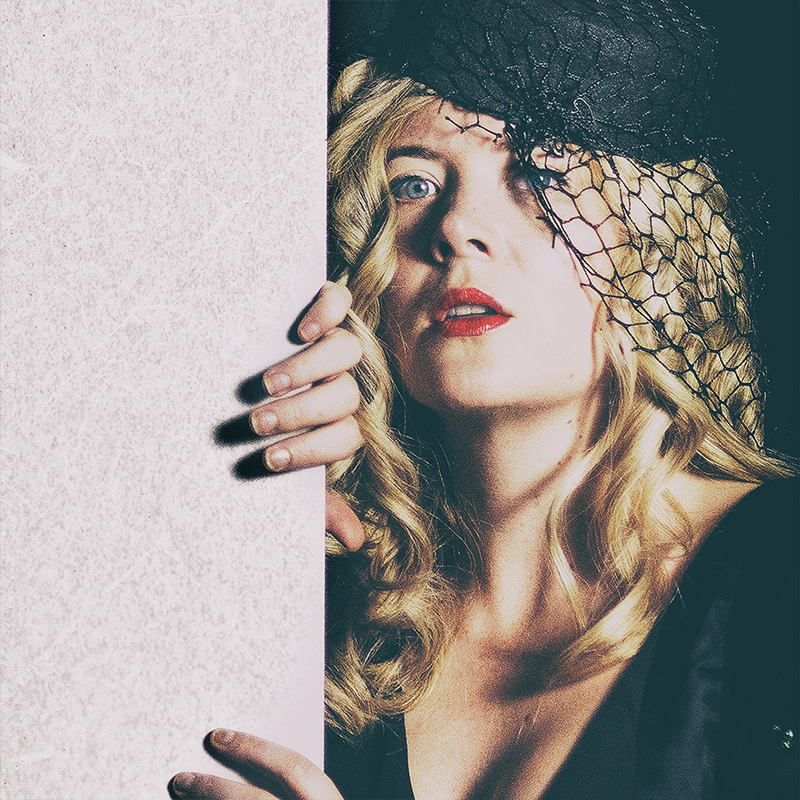 The Girl Who Jumped Off The Hollywood Sign is an exceptional theatre experience. It has everything: a superlative tightly written script where not a single word is wasted; a highly skilled actor who ‘word paints’ with sublime expertise; perfect costuming; close attention to authentic hair and makeup; a setting (a large skeletal ‘H’) that, in its minimalism, establishes both context and can be used by the actor (rather than it exploiting the actor); and a lighting, sound and special effects plot that has high production values not often found in Fringe theatrical events. This is classy stuff.

The action of the story centres on Evie Edwards – played with perfection by Joanne Hartstone – who has climbed the iconic Hollywood sign on Mount Lee near Los Angeles with the intention of jumping to bring her disappointing life to an end. She is a wannabe Hollywood actress but has never been given a real chance to show what she can do. The story gives every impression that Evie’s talents are at best modest – her talents are a dime-a-dozen – but that doesn’t stop her thinking that, given the opportunity, she could make it and be the next Bette Davis or Jean Harlow or Judy Garland. In fact, Evie gives us glimpses in to the lives of these icons of the silver screen, including the tragic sides that often led to their untimely and tragic ends. It is these references that allow Hartstone to show her talents as an actor. She convincingly brings these past sirens of the screen to life as she gives us a voyeuristic glimpse into their lives.

The Girl Who Jumped Off The Hollywood Sign is a solo performance of around seventy minutes but it flies by as you become totally absorbed in Hartstone’s consummate story-telling and stagecraft.

Evie is also a singer, and a number of songs are skilfully woven into the narrative to lay bare the parasitic and brutal environment of Hollywood. Hartstone sang these with style, and her jitterbugging was classy!

The plot draws its inspiration from the true story of Peg Entwistle, a failed aspiring Hollywood actress - who did indeed climb to the top of the ‘H’ of the Hollywood sign and jump to her death in 1932.

This show is not to be missed. (There is ample parking on site, but there is a bit of a walk to the venue, so do arrive in good time.)