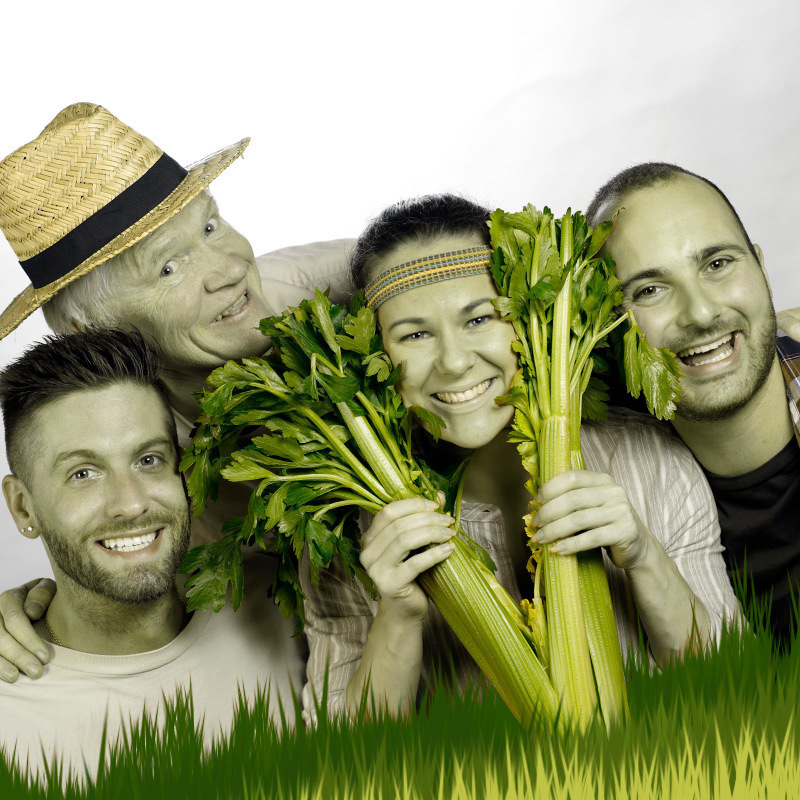 Theatre impresario Matt Byrne is one of the backbones of Adelaide community theatre, probably the L5 that gives me so much trouble. When you review the fine print of Matt Byrne’s Vegans’s program – and believe me, there is nothing but fine print – you will marvel at what a force he has been and is. Besides producing and directing and sometimes performing in a musical and a play every year, he has written, produced and performed in a vaudeville-type review for every Fringe since 1998. And he has written a show EVERY YEAR since 2008 after the Fringe went annual.

This show, unlike others, has an all-new cast – except for Matt – but, alas, the same format, that still works well. Each year, Matt targets a special group or TV show that begs his comic comment. It all started with shaking up bouncers in 1998, moving on to bagging bogans, going overboard on The Love Boat, cutting up My Kitchen Fools, razzing real estate agents, and murdering Married At First Fight, to name a few. All with a sincere empathy.

This year it’s one of my favourite topics – how and why we choose what to eat and the intolerance shown to those outside the norm. It’s the carrot or the steak. My favourite bits are when the vegan and the gluten-free couple’s requested special treatment at Meat Lovers’s backyard BBQ are met with alarm, and the ridiculously personalised coffee orders. And yes, I still laugh at farts, even if they’re squeezed off by cows.

Matt’s writing is sprinkled with funnies, like Farmer Parmigiana, and eating quinoa to annoy ya, and poor farmers getting up at 5 am to milk the almonds, or jokes, like - What do you call it when one chick pea murders another? (See end of review for answer.) Matt rephrases famous songs and a highlight was the opening number after intermission where the whole cast reappear as Elvis impersonators singing, Vegans Hate Vegas. And by the way, glasses of wine and beer are only $5.

Jayke Melling plays Gluten Free III with a noted realism and has the finest singing voice of the bunch, thanks to his lengthy experience leading in bands. Perky Lauren Weber – yes, that’s her real last name – was suitably holier than thou as Tegan the Vegan. Adam D’Apice as Meat Lovers regards choreography as a necessary evil but shines during his monologue showing stand-up comedy potential. Actually, the whole cast treated choreography with indolent insouciance (no credit in program for choreography – not surprised). During scene changes, they often bumbled around like bump’em cars until places were remembered. Matt Byrne plays a sweet guy, Greenie Thumbs, but as director, needs to give this show a dose of vitamins and Red Bull.

The production oscillates from fine dining to a dog’s breakfast. Maybe the cast needs a raise in celery. Yet while the material is all finger food and no main course, you won’t go away hungry, that’s my take-away. Vegans and carnivores alike will have their funny bone tickled.

Answer to riddle: Hummus-cide! That’s a good one!