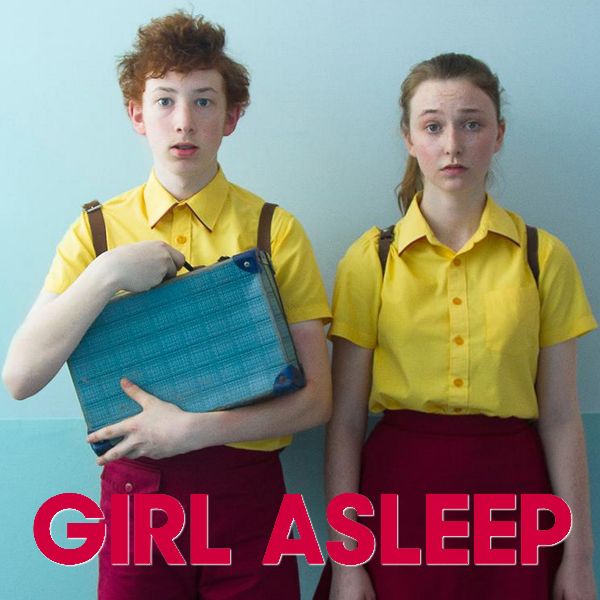 Live theatre is as amorphous as the air we breathe. They have made a film of Girl Asleep to immortalise the classic concept of the subconscious leaping to vivid life from the mind of playwright Matthew Whittet. But, nothing, simply nothing can replicate the wild, dangerous thrill of such theatre in its living moment. Hence, the revival of this Windmill triumph has been a magnanimous gift to audiences.

It is a work of surrealist high art. Bunuel, Chagall and Dali would tip their caps at the scale of Girl Asleep’s dream sequences. Indeed, it is breathtaking simply to contemplate the behind-the-scenes speed and technical finesse with which the five actors make spectacular quick-change embodiments of myriad characters and monsters to populate the stage with a leaping, dancing panoply.

The girl, who is called Greta Driscoll, is the static presence centre-stage as her bedroom morphs into other worlds and all manner of creatures slide out of the wallpaper. It’s her 15th birthday and her well-meaning 1970s parents have thrown her a birthday party she dreads with heart and soul.  She is a shy girl who has started at a new school and endeavours only to avoid bullies and keep a low profile. She is befriended by Elliot, an awkward geeky teen, and together they try to insulate themselves from the cruel vanities of the mean girls, portrayed with exquisite satirical caricature as high-stepping blonde cheer girls.

Many are the unwanted experiences of coming of age, often left unspoken. But Whittet and the remarkable Windmill team have infilled the anxieties of adolescence with an almost unbearable, fast-moving dreamscape, accompanied by sounds so loud one shrinks in one’s theatre seat.

Sarcastic big sister explains some of the process to the hapless sleeper. She’s not the villain, after all. And, at play’s end, the whole racing, raving, shrieking, cavorting mayhem finds an extremely sweet and sensible resolution.

Girl Asleep began as part of a trilogy but has come to stand proudly alone as a strikingly potent piece of theatre. It sings, not only of the universal fears of growing up, but also of the Australian culture. And, for its fabulous actors, it is a showcase of skilful, witty cameos and dramatic styles.

Here’s to the shape-shifting otherworld of Girl Asleep regularly being reawakened in revivals.