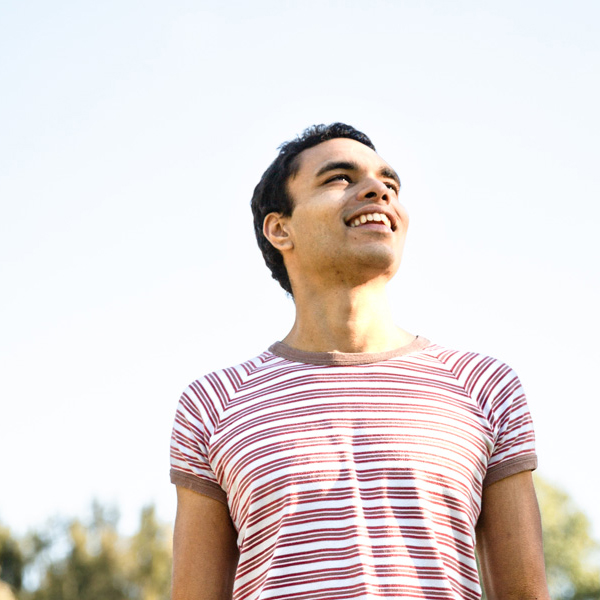 Ailsa Paterson’s set for State Theatre’s Jasper Jones production is a work of supreme and beautiful art. If theatre design was included in our fabulous SALA festival, it could be heralded as a star turn.

It depicts a magnificence of paperbark trees in a vast and towering forest. It is arboreally imaginative, theatrically mind-blowing, and superbly illuminated through the moods of day and night by the exquisite lighting of Nigel Levings.

What a pair. What an achievement. What a visual joy.

It is clearly the secret to the success of this production of Kate Mulvaney’s adaptation of the beloved Craig Silvey novella.

As director, Natasha Jelk has chosen to give the play a sense of heightened artifice with stilted, unnatural deliveries out there in the woodland wilds. She has assembled an interesting cast with James Smith wide-eyed and strident with geeky urgency as the principal character, Charlie. He works with zeal and emotional commitment slithering in and out of the cleverly-designed louvre windowed sleep-out of his home and carrying with him a thundering overload of fear and guilt. He relates well to Rachel Burke as his bookish true love, Eliza, and she to him. And Burke absolutely shines in her denouement scene, revealing the fate of her sister which along with racism is the pivotal issue of the story.   Elijah Valadian-Wilson plays the part-Aboriginal boy, Jasper Jones, who is a frequent and hapless victim of blame in a nasty, judgemental Australian country town. Valadian-Wilson’s performance is hallmarked by the lithe beauty of his deportment. He streams through the trees and up the rock faces like a graceful zephyr. Roy Phung is the opposite in the role of Jeffrey, the Vietnamese schoolboy with a passion for cricket and watermelon. His is a lovely comic characterisation. Emma Beech and Rory Walker fill in the cast in multiple roles, both accomplished, albeit Walker’s dynamism in a revelatory scene as Mad Jack is probably the production’s true dramatic show-stopper.

It is quite a long and languid production leaving audience members at times a little restless. But, oh, its over-arching aesthetic is a rare pleasure to behold.