End of the Rainbow 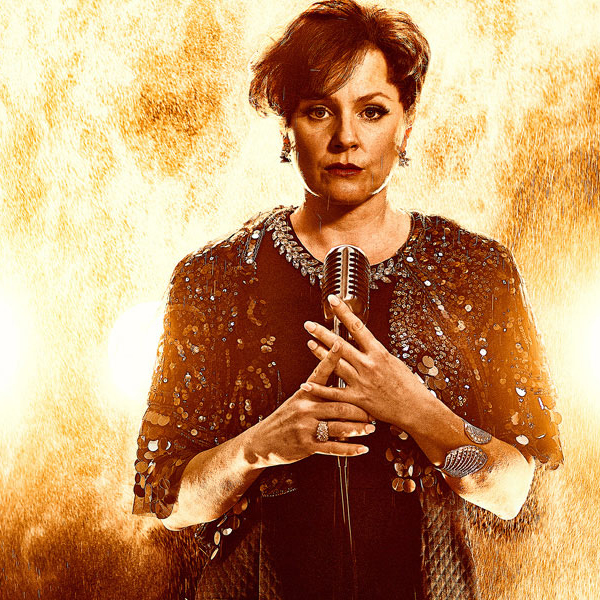 The premise of Peter Quilty’s celebrated quasi-bio play about Judy Garland is that there was just no stopping the superstar’s lifelong dependence on uppers and downers, despite her own better judgement and despite the efforts of her fifth and last husband Mickey Deans.

The play rings with the truth of tragedy and it sings with the pain and passion of a showbiz train wreck; bringing to life the tortuous tales of arguably the world’s most adored torch singer.

Elena Carapetis and the stupendous State Theatre production team have taken over the tired old Royalty Theatre stage with a glamorous alignment of framing lights and a stage curtain beyond the stage curtain. The lush red drapes over the old boxes add further glamour to the veteran venue.

The play is set in a luxury London hotel suite equipped with grand piano for rehearsals. While the golden drapes represent the hotel window out of which bankrupt Garland threatens to throw herself when the manager harasses her about paying the bill, they also draw back to reveal the five-piece band led by Carol Young. It is a fabulous club band, exuberant in wind and percussion and yet, able at the right moments, to melt into utter, sweet melancholy.

The curtains form a backdrop for Garland's public performances while, in rehearsal scenes, the curtains are drawn and it is actor Stephen Sheehan at the grand piano who accompanies the singing. Sheehan is in the role of her English pianist, Anthony Chapman. He’s one of her lifelong string of adoring gay accompanists, assistants, supporters, and friends. Sheehan plays the character with elegant effeminacy. His poise is supreme both in the role and at the piano. It is a sublimely nuanced and beautiful performance.

He vies for Garland’s loyalty against Mickey Dean, the nightclub manager and fiancée who is desperately trying to keep the wheels on amidst the dramatic emotional and pharmaceutical excesses and financial calamities in the last months of the singer’s life. Nic English’s handsome face seems to age right before the audience’s eyes in this role as he surmounts the carer’s psychological hurdles and hits the bottle in Mickey’s own battle of love, exasperation, and desperation.

Garland is a ravaged powerhouse, a lifelong junkie spinning through the stop-start pattern of addiction, negotiating with Mickey, and veering between washed out and wonderful. On this difficult voyage, Helen Dallimore delivers her with absolute skill and commitment. It is a rip-roaringly intense performance, exhausting to behold. And it hits the mark. Dallimore not only achieves the lilts and idiosyncrasies of the Garland accent but also the timbre of her voice. And out come all the great songs, big and loud. Thus is the renowned Peter Quilter play both a tragedy and a concert - with Elena Carapetis’s exquisitely costumed production bringing down the rafters as the audience stamps and cheers its approbation.

An entirely superfluous encore defused the perfect poignancy of the play’s ending for some purist members of the audience. Others were in such Judy euphoria that more would never have been enough.

Where: The Royalty Theatre