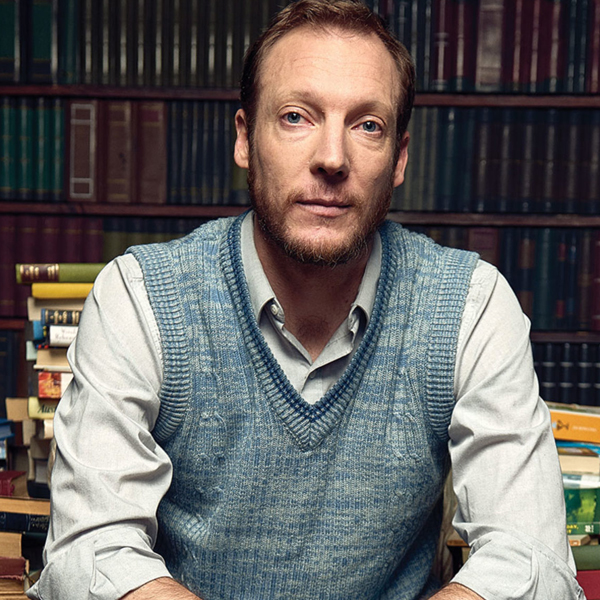 A snapshot of Australia’s literary past is most glorious and laudable grist for the national theatre mill.

Thus does a new generation meet George Johnston, distinguished war correspondent and author of My Brother Jack and his writer wife, Charmian Clift. They were renowned in the 1950s and 60s for abandoning journalism and Australia and retreating to the Greek Islands to pursue the great sun-drenched ex-pat dream, an exotic escape wherein writers could live from the proceeds of their works. To a fair extent, they succeeded. Johnston’s seminal Australian novel, My Brother Jack, was written there. But there were considerable costs to achieving the literary dream.

This play by Sue Smith explores this wonderful, meaty tale of expat Australiana.

It sings with gestalt. Visually, thematically and in mood, it makes a potent and memorable impact.

Firstly, for this Queensland/SATC production, there is the set. And what a set. It is somewhere near to perfection. Designer Vilma Mattila fills the stage with a sweep of whitewashed wall and one vast curve of stairs. An arched door, a window, a string of garlic and dammit, we are in Hydra. Just like that. You can almost taste the retsina. Chairs and tables, desks, and even a boat are carried on and off this set as the play’s action moves from island tavernas to domestica to creative frenzy.

The characters have descended upon the island, triumphant and liberated, among friends old and new in an exuberance of bohemia. As one raised within the bohemian milieu, one was a bit askance at the depiction of the “bohemians” as name-dropping showoffs. The Australian Bohemian intelligentsia may have been flamboyant but it never struck one as pretentious. One supposes this exaggeration is a device to impress upon the new generations the identities of the arts luminaries of the time: Sartre, de Beauvoir, et al.

Prominent on the scene with Johnston and Clift are the characters Mark and Ursula who are identified by the narrator as Sid Nolan and Cynthia Reed. One assumes their names are veiled to mask the fact that Sid and Cyn only stayed for one season and that the writers’ Hydra world was peopled by a succession of talented notable friends and visitors. Nonetheless, the characters seem decisively drawn, albeit Cynthia seems by far closer to the bone of truth than the Sid interpretation. Indeed, Cynthia/Ursula is a marvellous performance by Tiffany Lyndall-Knight and she brings home many of the idiosyncrasies reputed of Nolan’s brittle and protective wife. Vic/Sid is depicted by Hugh Parker as a more muted character. He captures Nolan’s neatness but makes him dramatically more Ocker than one recalls; one doubts he would ever say “Urs and me are learning”. He was a well-read and well-spoken man.

There are other imperfections and anachronisms which seem to have escaped director Sam Strong’s attention. Typing, for instance. It is hard for anyone today to type the way the newspaper people of yore pounded their machines and these actors are almost but not quite there. Heaven knows how we slammed out copy, but it required strength and rhythm, lacking here amid a scatter of verbal asides and an absence of slamming carriage returns.

Similarly, the smoking: these characters of media yore were furiously heavy smokers, but no one typed with a cigarette between their fingers. It knocked the burning head into the keyboard, ruining both the smoke and the machine. Typing was done with the fag either dangling in the mouth or in the ashtray beside the machine.

Perhaps it is not too late to correct this.

Also, women never walked around brushing their full skirts with lighted ciggies held beside the hip. Even drunk. This was not a thing.

But, one has to be grateful that the chronic smoking of the period is powerfully represented in this history play, and also the boozing. Johnston and Clift were alcoholics and they lived in a world where assorted powerful drugs were common and available. Certainly, as the play evolves, the punishment of their lifestyle becomes more heartbreakingly evident and Smith has captured well the ravages of the years on both principal characters.  She also paints interestingly the way in which Clift was both thwarted and energised in her literary partnership with her husband. It was a tortuous relationship and deeply fascinating.

Anna McGahan plays Clift, taking her from heedless pregnant joie de vivre to worn and weary survivor of a mighty literary battleground. Not always clear to the ear, she brings soul to the performance and leaves the audience wondering what the fates might have been had things been different.

Bryan Proberts is just the right sort of craggy man to play one of Australia’s most voluble craggy characters. It is a fearless performance, wracked with coughing and moody unpleasantness.  One does not like him, but one feels his pain and also immense relief at his success.

Kevin Spink comes and goes as the whole word of outsiders: Greek and French, villager and artist. He peoples the stage very pleasantly.

The story’s larger picture is threaded into explanatory shape by the couple’s poet son, Martin, who is given a gentle, simpatico ever-presence by Nathan O’Keefe. That these writers also have children and a family life seems unlikely from their self-preoccupied lifestyles. The play’s scant attention to them deepens the audience’s emotional experience, giving a strong feeling of the potency of the bombastic love affair of Johnston and Clift.

Hence, despite coming to grief on some nuances of history, this critic who could almost say she “was there”, rejoices in this new work and that it celebrates our literary history, both in journalism and fiction. Hooray.