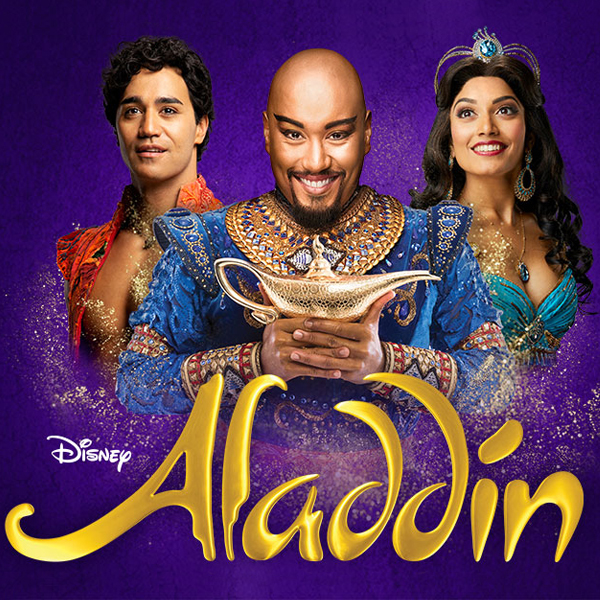 Many are the levels on which one gives thanks to Disney.

In an era when vapid YouTubers are overloading the entertainment zeitgeist, Disney stands up for quality, expertise, technological innovation, imagination, and cultural tradition. It depends on its mountain of money because touring productions of this scale are prodigiously extravagant. The flying magic carpet alone is an unimaginably expensive device, a squillion dollars’ worth of sophistication just to realise a few minutes of timeless fantasy. It is jaw-droppingly wondrous. Like most of the show.

And so it comes to pass that an 18th century fairy story from the Arabian Nights flows forth into a new generation. It is old culture cutting the edge of contemporary technology, a magical story delivered through technical wizardry.

The Adelaide season features an Australian cast which not only has the consummate talent for the power-packed production, but the fitness and discipline to keep the action up, up, up. It’s a fast show – rarely is the stage not swarming with cleverly choreographed activity. Much of it is as surprising and delightful as it is skilful; Aladdin scampering across the city rooftops, for instance – the city turrets rise and fall as he goes.

As for Aladdin's magic cave, what a shimmering golden spectacle. It is blindingly beautiful. The audience draws collective breath in joyful awe.

And when the big tap number emerges, well, there are faces grinning from ear to ear throughout the auditorium.

The show has lots of everything for everyone, albeit the music depends just on a couple of major numbers. Graeme Isaako and Shubshri Kandiah pair nicely as Aladdin and the lovely Princess Jasmine and theirs is the sweetest of sweet duets upon the magic carpet as it glides aloft in the night sky. It is unforgettable and a fantastical reverie.

One can believe the genie as played by Gareth Jacobs has been bottled up for aeons when he erupts from the lamp in a madness of highly-skilled, high energy which he sustains, seeming inexhaustibly, along with enough ham to feed the homeless. He and the dancing ensemble leave one quite breathless simply watching their stamina and precision.

While this gorgeous confection of a blockbuster show is diverting the attention of the young from their fixation with social media, the producers have injected a hint of that other modern world in the depiction of the harem girls. They flit and flirt and pose as if they have come straight out of Instagram. Indeed, the female content of Aladdin must have been quite an issue for the producers since the original story has the beautiful princess simply marrying the handsome go-getter urchin who becomes sultan by dint of his gender. In today’s version, the princess is more emancipated and the Sultan is forced to compromise tradition and create a law in which a woman becomes equal and will rule the land together with her new husband.

And thus is Disney keeping the old dreams alive for a new generation.