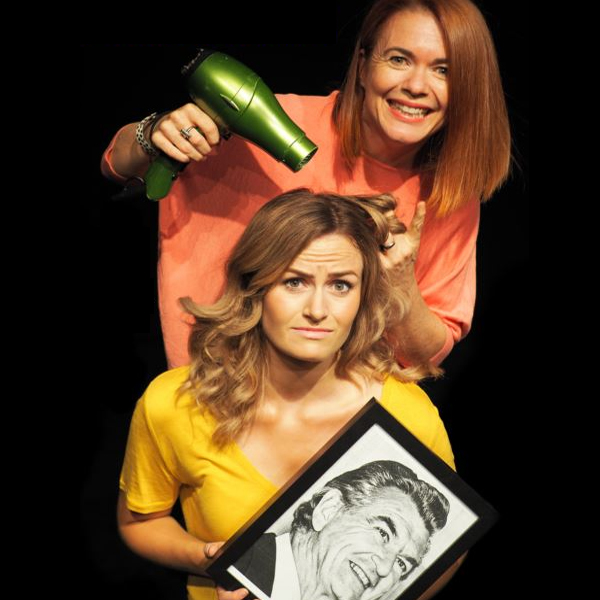 It was not the chance of tonsorial genetics but a Bordertown hairdresser who was responsible for the lush glamour of former Prime Minister Bob Hawke’s hair. This is the delicious conceit of Matt Hawkins’ new play, Bordertown.

Hawke was born in Bordertown, son of a Congregational minister. He left town as a lad and visited rarely, but nonetheless he was and is the town's most famous son. It was on one of those visits purports this play, that he popped in on Patricia's hairdressing salon giving her the chance to claim her own slice of fame as the creator of the Silver Budgie’s fabulous hair-do.

With Hawke’s photo on the salon wall and magazines full of celebrity gossip on racks, star-struck Patricia obsesses that her attractive daughter should be not be trapped in small town anonymity but should dance with the stars in Hollywood. So, against her will Felicity is packed off with a stash of antidepressants to stay with an “auntie” who has contacts with the studio makeup people. Sure enough, to her mother’s satisfaction, Flick soon flirts her way into the heart of a drug-taking B-grade comic actor and into the gossip columns of New Idea. Then, suddenly, she is dead and the actor is shunning his agent’s wise advice and sneaks off to Bordertown to attend her funeral. The playwright, who appears in the play as the agent, was inspired to this crazy plot line by the true story of Hollywood’s Jim Carrey making a similar small-town pilgrimage.

But, what happens next in sleepy little Bordertown is an absolutely wild ride. Suspend the disbelief.  Come on down Stephen King.

Matt Hawkins is carving a fine reputation in this hardest of writing crafts. His Frank Forbes and the Yahoo Boy was quite a hit last year in the Bakehouse. This play is a weird caper with some memorable characters, some good streaks of humour and a nice sharp barb pierced into the world’s tedious obsession with celebrity.

Its striking Maurice Hamm set with its ubiquitous checkerboard lino floor and long glamour curtains is compatible with the play’s assorted scene changes.  Playwright Hawkins directs the work with the smarts that one would hope of one who knows it from conception. He also does a passable job of the slimy English talent agent. But, pivotal to the integrity of the production is the performance of Kate O’Reilly as the hard-bitten Patricia. This performance is cleverly delivered as if to a client via the mirror.  She is sour, sharp, assertive, deluded. It is a recognisable and arresting characterisation. Kim Fox is simpatico as dominated daughter Flick and there is a lovely scene of her pushing her luck with lover boy in the shadows of the Hollywood sign. Chris Asimos plays the movie star, Emilio Sanchez, and he is equipped with all the charm and chutzpah to make it entirely believable. It is a gorgeous star-quality performance. Lastly, the hometown man, the handy plot-link gopher, is Dennis the taxi driver and Brendan Cooney reliably delivers the goods, however confusing they might be.

Bordertown may not quite be "the great Australian play” but it is as relevant as it is zany. Well-honed in production, it is what they say in the classics:  a very nice night’s entertainment.