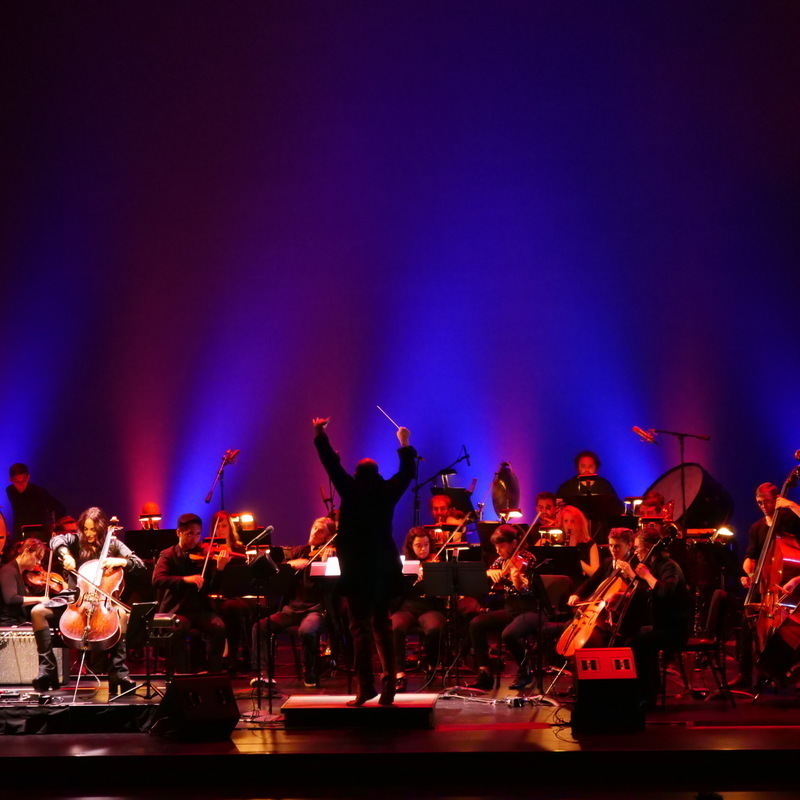 For some, the lack of formal structure in so-called ‘ambient music’ imbues it with a certain ennui and faux-intellectualism. For others, the emphasis on tone and impression in ambient music is mind altering, meditative and as important as any other music genre.

Well-respected American composer/conductor/academic Evan Ziporyn teams nine state-side musicians with students from the Elder Conservatorium of Music (and at least one member of the Adelaide Symphony Orchestra) to create a standard orchestral ensemble to perform music by Satie, Laraaji, Robert Fripp and Brian Eno, as well as his own composition Frog’s Eye.

The concert begins with a reimagining of Erik Satie’s ever-popular three Gymnopédies composed in the late 1800s. It is difficult to conceive of someone not having heard them. They can be heard as background music in diverse places like elevators and department stores, and in films such as Wes Anderson's The Royal Tenenbaums. Indeed, for some the Gymnopédies are regarded as a significant forerunner to contemporary ambient music.

Ziporyn experimented with both the phrasing and meter of the Gymnopédies. He broke chords apart and, with inventive pairing of instruments, he then arpeggiated them creating an interesting variant on the original.

The remainder of the first half of the concert is given over to Laraaji’s Dance No.1 which heralds back to the 1980s when Laraaji was ‘discovered’ by Brian Eno. Ziporyn clearly knows this music well, and with minimal conducting (that one could see; the real work being done before the concert even begins) he coaxes uncommon sounds from the ensemble that are light, meandering and fleeting at times, and hypnotic and resonant at others.

Ziporyn’s Frog’s Eye is lyrical and frequently melody driven, but every melody is fragmentary and soon gives way to another before it really establishes itself, and there appear to be no obvious relationships between the fragments. This is part of the composition’s appeal, but one has to very quickly get over any innate desire to ‘understand’ the music from a conventional theoretical approach. The tone bending on brass instruments is especially interesting.

An interesting reconstruction by Ziporyn’s of Fripp & Brian Eno’s Evening Star brings the generously long two hour concert to a close. Those for whom ambient music is not a new thing left Elder Hall deeply satisfied, and rested for the experience.