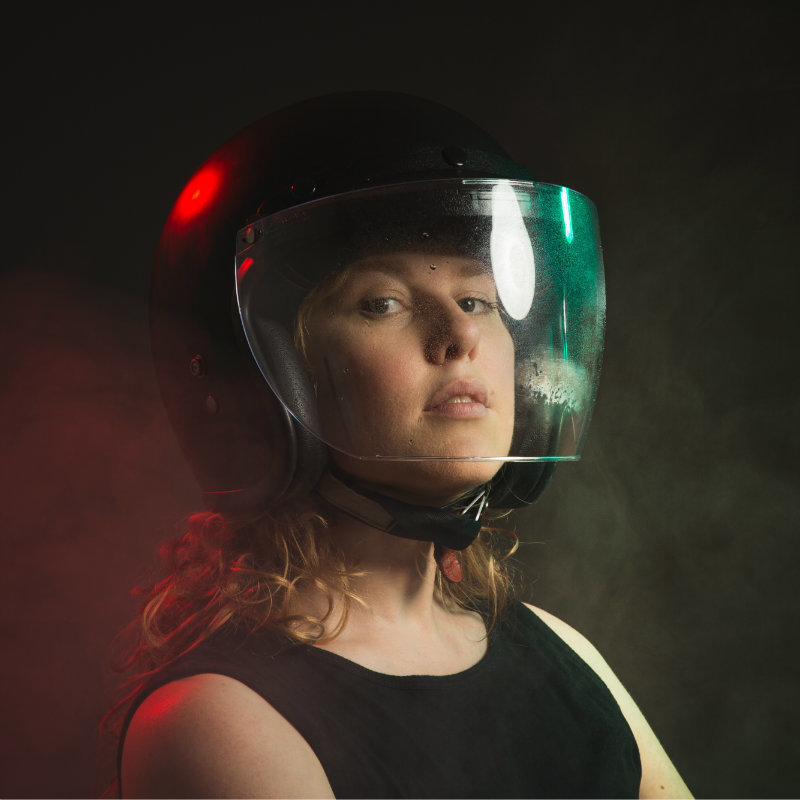 Gravity Guts takes this enormous thing called the universe, in which we all feel as an inestimable, inadequate, barely-there grain of nothing, and turns that on its head.

This witty, delightfully cheeky being sparks laughter with astonishing ease. Sophia is a child possessing an extraordinary ability to see the universe from pre Big Bang to now, with a hook into humanity that makes a warm, comprehendible connection between us all and the great unknown.

There is a purpose to this, one in which the singular power of Simmons’ writing, supported by the finest direction of a solo work seen in some time from Milly Cooper, offers a big emotional turn to the work.

Sophia’s family life is not an easy one. It has turmoil and stresses, which find themselves intertwined and expressed through the seeming chaotic order of forces governing the universe.

With utmost ease and extremely precise craft, Simmons and Cooper’s production becomes an extraordinary, deeply affecting meditation on the space between hearts and minds more fully considered and understood in light of the awe that is endless space; all it contains.