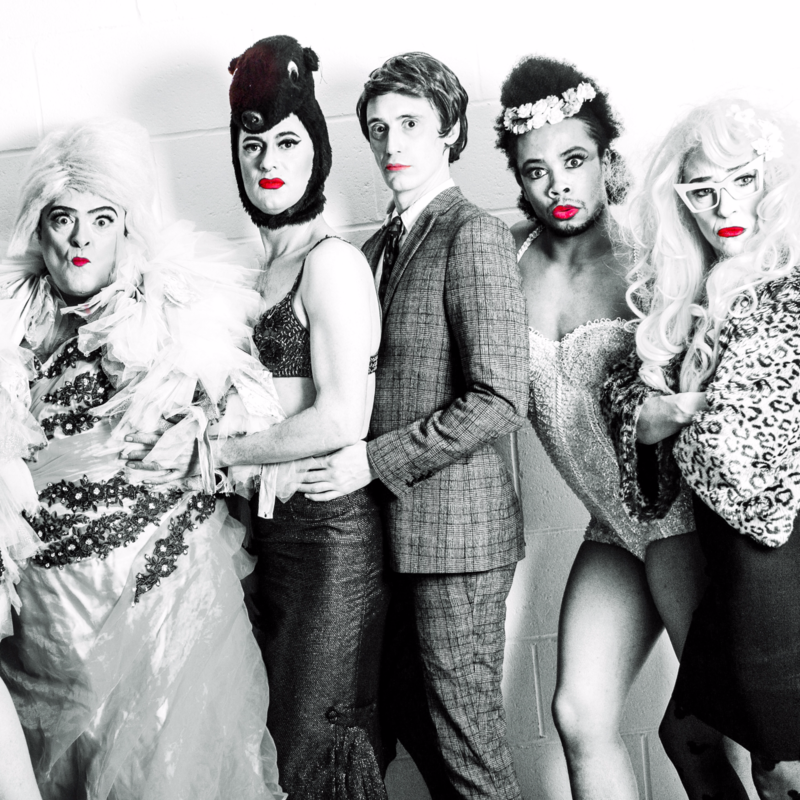 It’s difficult to categorise the LipSinkers. They are drag, they are queer, they are loud (oh so loud!), they are alternative, and they are completely over the top. They are all these things but on megadoses of supercharged steroids. They are so much larger than life that they give new meaning to the phrase. However you categorise them, they are just fabulous, and their show sucks you in with the overwhelming force of a show biz black-hole. The LipSinkers are an irresistible freak of nature!

Done. Enough of the superlatives

For an hour they ‘lip sync’ to a set list of songs without a break: some are obscure (you know you’ve heard it but where? when?) and some are well known, such as Queen’s iconic Bohemian Rhapsody and Abba’s Waterloo. As one song gives way to the next the constants are the troupe’s inventive break-neck pace choreography, their trashy costumes and even trashier wigs, their hilarious facial gestures and general antics, and of course their lip sync accuracy (scarily so!). It is exhausting and almost impossible to take it all in. It all happens with such rapidity that it is altogether dizzying.

Despite all the antics and the slapstick humour, there is also a serious message. There isn’t a narrative as such to the selection or sequencing of the play list, but there is cutting social commentary. In one scene two of the troupe wear face masks of Rolf Harris and Cardinal George Pell while they bat away the ping pong balls of society’s disgust and accusations. It almost happens in the blink of an eye and one is left rapidly pondering how the current song choice ‘fits’, then it’s onto the next.

By the end of the show, the stage is in absolute chaos with costumes and hand properties littering the entire space. One leaves the event shaking their head and asking oneself ‘what the hell was that all about?!’ Whatever the answer, one is glad the tsunami is past, but the smile on one’s face persists for some time.