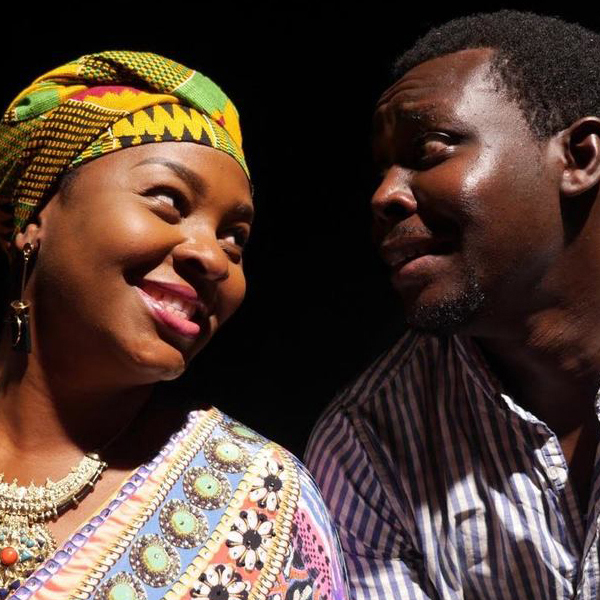 Retired engineer Frank Forbes of Regency Park is given his first computer in 1998 by his daughter who is flying the coop to snowy Vancouver (except it doesn't snow in Vancouver). Soon he is in touch with Ishaku, an agent for one of those Nigerian scammers that one hopes everyone has heard of by now.

Frank Forbes... is the world premiere production of a Matt Hawkins script developed within his South Australian Playwrights Theatre workshop. Hawkins indeed has the credentials to butt together our Adelaidean anybody with the shysters of Lagos, having worked as a writer in the Ghanaian film and TV industry - clearly a unique and no doubt rewarding experience. We thus get an excellent fly-on-the-wall observation of the scammers at work, served up with authentic Nigerian jargon, phrasing and body language. Hawkins also knows something about families; the uneasy relationships between Forbes, his mature daughter, Tracy, and the word portrait painted of his estranged son, Angus, are extremely accessible and at times, heartrending. And there is another theme - that of the dream of a better life where telling a good story to get some dough is not really stealing.

Hawkins packed more in the 35 minute second act than he did in the 55 minute first act. Short opening monologues by each of the four characters are soon forgotten once the narrative kicks in. Yet even after that warm-up, things were off to a slow start as we learn that poor Forbes has lost everything dear to him; prime pickings for the scam - alone, lonely, vulnerable and wishing to do something – anything – but for the wrong reasons.

Hawkins certainly imbues each character their particular voice and a high level of subtlety. Actor Brendan Cooney sympathetically lends Forbes a taut realism. Kimberley Fox has her Tracy underscore her perplexity at her Dad's unwavering rigidity with an unstated love and respect in a lovely performance. On the other side of the world in Lagos, Sheila Ablakwa's Jamilah looked radiant in colourful Nigerian traditional dress, which could be everyday dress over there for all one knows. Her female dignity as a business woman phishing team leader contrasted well with Stephen Tongun's exuberant throw-away energy as Frank's nemesis, Ishaku. Tongun adds dollops of drive and interest to the proceedings. Ishaku is first seen as a dreamer of movies in need of funding and a neophyte to the world of phone scamming. Tongun, and Hawkins doubling as director, successfully transited this earlier Ishaku into the brash and more sophisticated personae we see later. Hawkins’ deft direction also shows in converting static email conversations into lively personal interactions. Vancouver, Regency Park and Lagos have never been closer.

Yet one wasn't completely satisfied with the production. Perhaps the energy wasn't there to drive the first act into the second where the action accelerates. Maybe it's that Forbes' motives aren't well developed vis-á-vis his son Angus. Or that Forbes is actually a bit boring, as boring as Hawkins makes Adelaide out to be. Still,

Frank Forbes... is a nicely told yarn with an exotic flavour achieved in an accomplished cross of cultures.