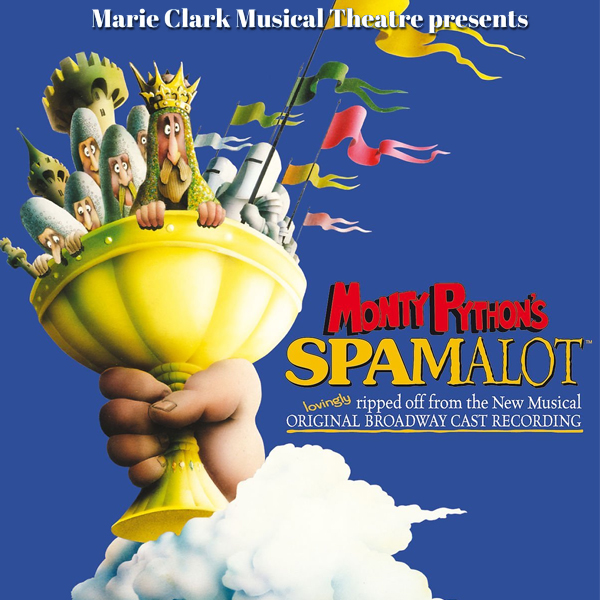 Spamalot was a hugely successful Broadway musical way back in 2005. It garnered 14 Tony Award nominations and won Best Musical, ran for 1500 performances and was seen by over 2 million people. Incredible. You may be more familiar with the precedent film of 1975, Monty Python and the Holy Grail, or even the King Arthur/Camelot legend on which both are based.

Composer and lyricist Eric Idle's work, with music credits to John du Prez and Idle, is based on the original screenplay by the Monty Python mob including John Cleese, Michael Palin and Idle - some of the best British comedy talent of the time, and many would argue of all time. Director Brian Godfrey's last show for Marie Clark Musical Theatre was 2014's Young Frankenstein - The New Mel Brooks Musical, which won Curtain Call Awards for Best Amateur Musical and Best Ensemble, so we have a winning combination.

Godfrey revels in the farcical and absurdist tones of these works and Spamalot is a lavish and entertaining production. Interesting to see how the movie's favourite scenes are rendered on stage, some more successfully than others. Godfrey makes swift scene changes between proscenium-wide projections and physical detailing (Ben Stefanoff - set design). With Rachel Dow's and Rebekah Stonelaitken's choreography, the whole thing moves along at a cracker pace.

You will love all the quirky personae that are encountered on the quest, from the rude French Taunters to the Knights of Ni and The Black Knight. In all, more than 23 characters were played by eight busy actors. Michael Butler's King Arthur linked together the various adventures in the quest for the cup; he is relaxed, jovial and ready to bogey after a bar or two of each song. Buddy Dawson once again shows why he is a charismatic triple threat, with his scene-stealing Sir Robin et al. Jamie Wright played his several roles distinctively yet united with a casual cheeky insouciance. Damien Quick had the necessary effeminacy and melodious voice to make his Prince Herbert a very sweet treat. In the show I saw, the amazing Kristin Stefanoff was hauled off the chorus to fill in for Casmira Hambledon in her role of The Lady of the Lake; she did an outstanding job after less than 24 hours notice. Bravo! Sebastian Cooper and Chris Bierton as the other two knights were also notable in a strong cast.

Costumes were brilliantly naff, such as the knights' silver sequined armour and welder's gloves gauntlets. The dismemberment of four limbs of The Black Knight took too long in two scenes. Lighting designer Rodney Bates put on a disco show that would not have been out of place in Saturday Night Fever. The sound system quality was extremely good; all the better to hear the Spanish Inquisition Band belt out the favourite tunes under the always proficient direction of Ben Stefanoff. My complaint was the extremely annoying Mario video game music that repeated every 15 seconds during the interval; it was enough to drive you to the foyer to drink. Hmm. Maybe that was the idea.

A visit to Spamalot will have you looking on the bright side of life in no time.