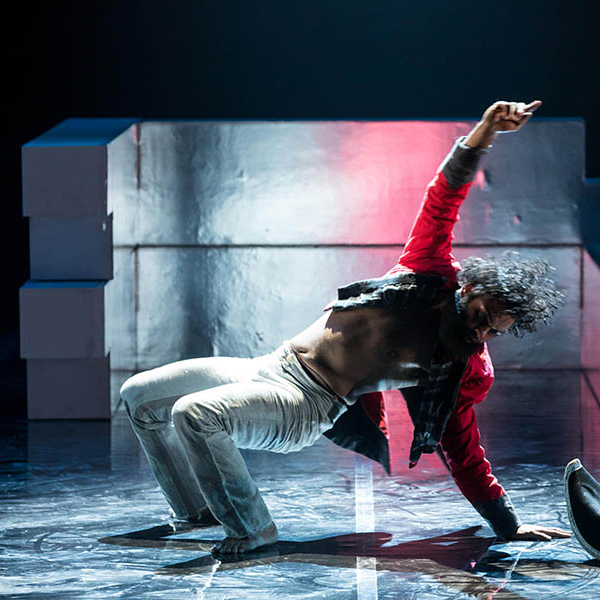 Stephen Page’s careful management of very powerful, incisively direct movement, in partnership with Jacob Nash’s set and Steve Francis’s score achieves more in expressing the tragedy at the heart of the history of Woollarawarre Bennelong than any conventional history lesson.

Page and the ensemble have dug deep within themselves to create a work focused on the inner emotional workings of a traditional Eora man finding himself caught between two cultures, and responsibility to his people. Through their research they have surrendered themselves to finding and articulating in dance things within the heart and mind of Bennelong suggested in the historical record.

The end result is a work as much a celebration of a life and culture as it is a profoundly discerning, piercing investigation into what it costs to build bridges between two extremely apposite cultures, in which one of them has a significant advantage.

Beau Dean Riley Smith dances the role of Bennelong with extraordinary insight, layered with finely attuned, gripping psychological depth. He is powerfully supported by the ensemble in rich choreographic exposition of culture and community.

Bennelong’s story is one of negotiated conquest. In choreographic expression it’s made totally clear in subtly fused elements of First Nation dance with Europeans, as Bennelong and his people come under European influence. This engenders so many moments of powerful introspection between two cultures as they circle each other, interact, engage then reject things each cannot accept.

Bennelong’s stressed inner self and identity is always at the fore. The gradual tearing down of his self-worth, and allegiance to land and people, is a deeply sorrowful thing, but not one of meek submission in Smith’s bravura performance.

It is a loss for all, felt through the centuries since 1789.

Bangarra Dance Theatre has done a great and profoundly important service through their art by creating this work, which does more to reach into the heart of suffering in history, and offer a pathway to understanding and compassion through spirit in history, than dry words.