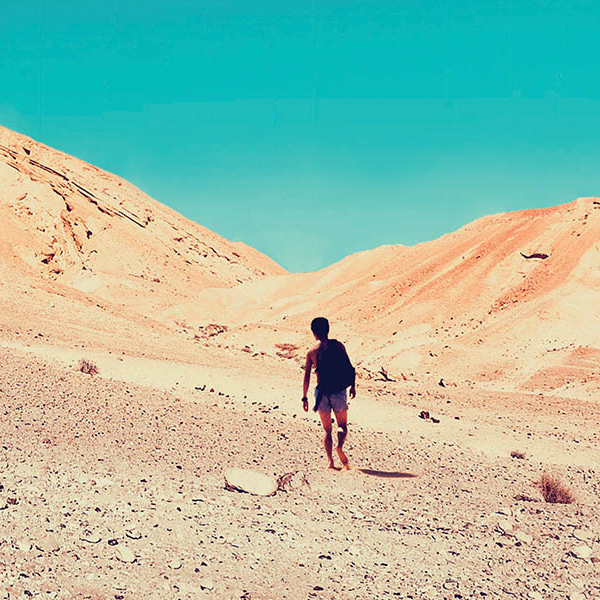 A square of white in a vast open black stage. A small bench. A black briefcase. One nondescript ageing man.

This is Taha in his speck of existence. He is a man the world did not want. He is Palestinian. He is a poet.

Amer Hlehel embodies Taha Muhammed Ali in 75 minutes of riveting monologue. Hlehel is a Palestinian actor, a man not only with the soul of the Palestinian predicament but with the training and technical artistry of a supreme story teller.

Thus does the poet take the audience from his extraordinarily ill-starred birth, to his relationship with a stoic mother and a crippled father, through his boyhood as a backyard entrepreneur, and through the fall of Palestine and the ensuing years in Lebanese camps.

He depicts a sweet and vulnerable lad who is driven to be a bread-winner and who is ever desperately seeking his father’s approval. He tells of Taha’s first exposure to the big wide world in a visit to Haifa where, away from his little strict Islamic village, he hears the voices and languages of an emancipated society. His excitement is infectious. He tells also of the Palestinian tradition of betrothal and how from boyhood onwards Taha loved that baby cousin who had been chosen for him. He tells of how it was for those who returned to their homeland from the refugee camp. His heartbreak is our heartbreak. Hlehel stands before us, a trembling old man recalling all the joys, disappointments, furies and ironies which lead to Taha’s evolution as one of the great poets of his people. The audience has fallen in love with this performance and rises to its feet in acclaim as Taha leaves the stage and Hlehel, suddenly fit and vigorous, the consummate actor, comes forth to take his bow.