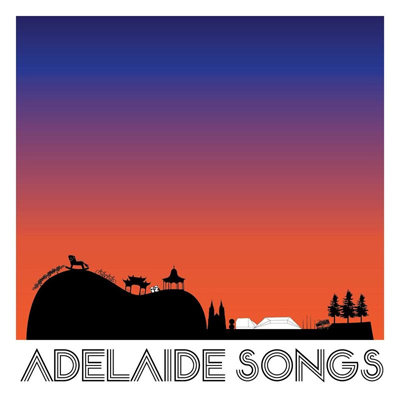 This is the second Fringe in a row that a collective (with no name) of Adelaide songwriters have strummed their wares, and if you love Adelaide, you must hear this. Even if you were in attendance last year, the reprised songs are definitely worth another listen, and the new songs will only enhance the experience.

Presumably, Keith Preston (project director) and Alan Hartley (musical director) made the director's difficult cut from a much larger song canon. And each one is a delight to Adelaidean ears. We know so many famous songs about lesser cities, like New York or San Francisco, and this mob is determined to ensure that Adelaide has its own anthems. It's wonderful to have the square city's foibles and personalities eulogised, and its present condition renditioned in verse.

Keith Preston and Ivone Kirkpatrick begin the journey with jaunty verses about Colonel Light and Don Dunstan respectively. Paul Roberts laments the stolen generation in Colbrook. Alan Hartley humorously recalls the Slate Blank disaster in Timmie Marcus Clark. Paula Standing reminds us that the pandas are still firing blanks in the zoo. We are brought into the present with more new songs about the closing of Holden - Holden Boys Don't Cry by Roberts, and Kirkpatrick's rather complicated song playfully chastising Adelaide for its ranking as the world's 5th most liveable city (now slipped to 6th). Preston has a fanciful solution to SA's energy supply crisis, revealed in a Weatherill press conference. Ms Standing returns with a lament on our resource-greedy generation. Roberts pokes fun at the bar-closing wobble-walks on Hindley Street (Hindley Street Waltz) and Hartley closes the session with the song that opened last year's concert - his definitive Adelaide Anthem.

Without exception, the songs are perceptive, highly observational, charming, witty and cheeky when not serious, which isn't often. Many encourage easy sing-along on first hearing with catchy choruses. The guitar-laden songwriters had their fretwork enhanced by subtle violin (Ashley Turner), soft percussion (Satomi Ohnishi), bass (Trisha Drioli) and electric guitar (Jeremy Philips). The group uniformly donned vests - except those women who decided on dresses - giving the gig an avuncular, comfortable tone. The "memorable slides" and "amusing anecdotes" mentioned in the program have gone by the wayside, but really, they weren't terribly missed.

I simply love that a mob loves our city enough to sing about it, poke fun at it, and encourage us to laugh at ourselves, because deep down, we know we got it pretty good here. Bravo!