The Redheaded Cabaret: Sirens of Seduction 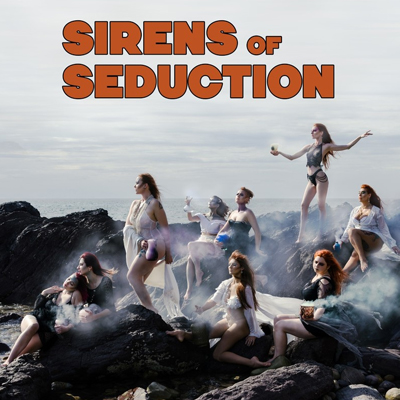 Tales of sailors being shipwrecked by the seductive lure of luscious mermaids are born of romantically inspired myths of the 1700s. The Redheaded Cabaret offers an incredibly humorous, dramatic, thoughtful, and wickedly sensuous play on this idea, with a neat balance between poeticism and carefully leveraged raw heat.

It’s such a beautiful production, moved with ease. The focus is on theatrical elements, gentle or bawdy song, and choreographic grace, within which burlesque striptease is a delightful, diamond-like present for the eye, revealed from the most magnificent costumes imaginable.

Given this company’s focus on producing neo burlesque, it firmed its credibility on this score. Transforming those famed fans of traditional burlesque fan dance into ocean coloured body length fabric that became the waves within which sailors drown, was not expected!

Not content to focus merely on mermaid versus sailor, they explore mermaid feelings about love and sensuality too with superb, sharp, engaging humour that’s as sexy as it is hilarious and liberating.

The Redheaded Cabaret is after all, about fun. It’s in abundance in this brilliantly directed production, redolent with an intelligence as deep as the sea.