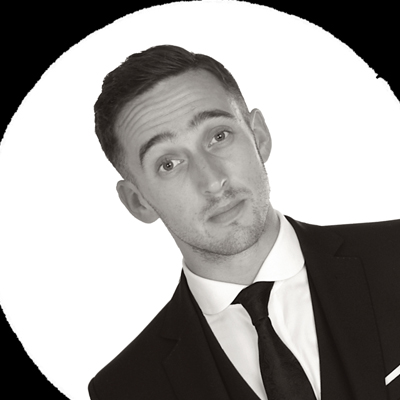 Entering the Speakeasy at Gluttony, Dabek greets the audience one-by-one thanking them graciously for their attendance. Once seated in the quaint performance tent he introduces himself, leaps onto the stage, and dives straight into a charming hour-long mixture of comedy and magic.

Good magicians leave one asking, “how on earth did they do that?”

Dabek has wonderful stagecraft. He keeps the show upbeat and moves around the stage with great physicality. His traditionally British sense of humour is quick and witty, but it is clear that physical humour is one of his core strengths.

The intimate performance space makes audience interaction extraordinarily real. Despite working predominantly with individuals, Dabek ensures everyone is taken along for the ride.

His wonderful sense of humour has the audience in fits of laughter; the jokes made not at the expense of audience members for a change. The especially cheesy puns are nicely punctuated with Babybel cheese wheels being thrown into the crowd!

As the performance comes to a close the audience is treated to one last surprise. The memorable first notes of Sir Elton John’s classic song Circle of Life blast out of the speakers, the lights dim and Dabek…

…well, the surprise shouldn’t be given away.

Buy a ticket and see this show, it is well worth it.

Where: Gluttony The Speakeasy