Dr Chris's Theory of Everything 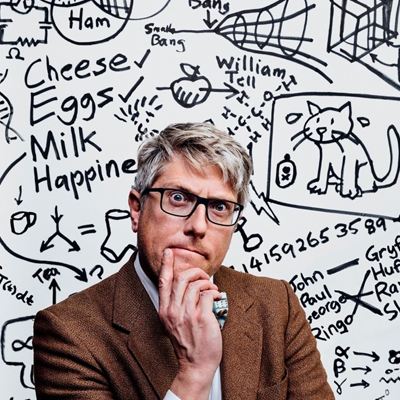 This show should really be called Dr Chris's Theory of Nothing. Self-proclaimed physicist Dr Chris left the lab for the stage. Bringing along his white board and black pen, he attempts to explain a few of the big things in science but gets hopelessly sidetracked and accomplishes little more than I would expect from a dinner guest.

He's a sweet guy, a bit snobbish, but unschooled in voice and stagecraft. The best thing was a thought experiment of a cat in a box with two rolls of toilet paper to illustrate the perils of understanding quantum theory. And a string for string theory. Totally random thinking illustrated entropy including a plug for his next show, Manplosion, which I hope is better than this one.