What Would Spock Do? 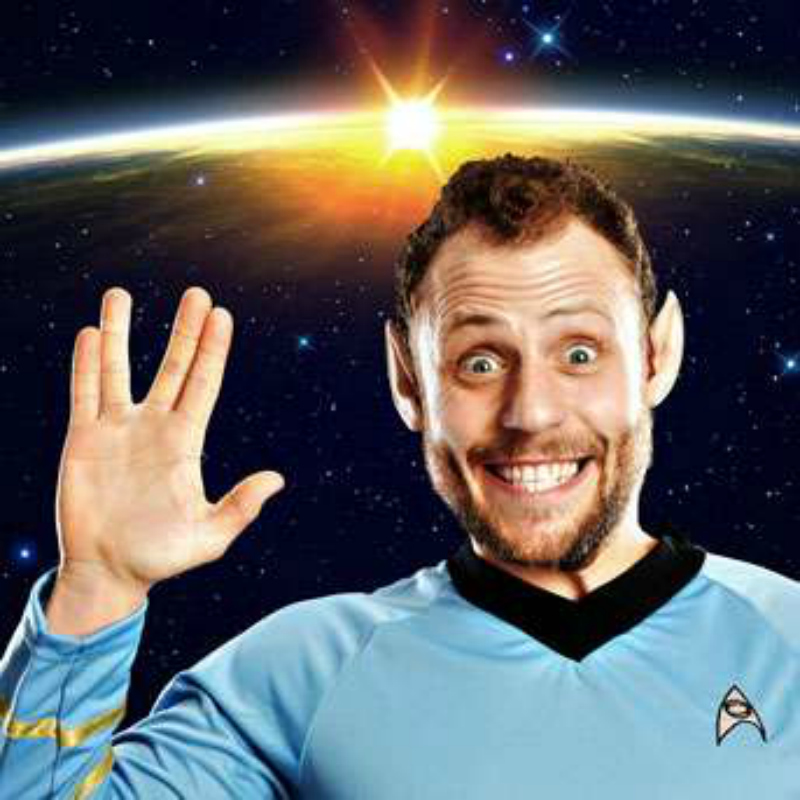 Joanne Hartstone in association with Seabright Productions. The Queens - The White Queen. 17 Feb 2016

Sam Donnelly, in his spare time out of the bunker from playing in the Fringe-favourite trilogy, is disguised as a Trekkie tragic at the Queen's Theatre over the next few weeks. Writer/director Jon Brittain of Britain shows off his intimate knowledge with the famous Vulcan and the fan phenomena. Within the context of a Star Trek (first series, mind you) obsession, there is a boy-meets-girl, boy-loses-girl, boy-gets-girl-back story. Our hero, caught in a tractor beam by the famous TV show, reaches a life-changing turning point when his unabashed Trekkie girlfriend is gonna mix with his workmates who have no idea of his secret obsession. But ‘lurv’ conquers all.

Donnelly is vastly energetic and well directed in employing an attention-seeking physicality, but he is hampered by the poor acoustics of the Queen's Theatre, which is but a shell, and not really a theatre. The show is like Donnelly acting out an American romantic comedy movie. Do you need some knowledge of Star Trek to enjoy the show? I would say so. What if you enjoy love stories? This one is pretty cliché, but I was moved by our hero's passion to right a wrong with the love interest. If you have a great interest in obsession, you'll be fine.

PS The 50th anniversary of the official Star Trek Convention will be in Las Vegas in August 2016. See you there!

Where: The Queens - The White Queen