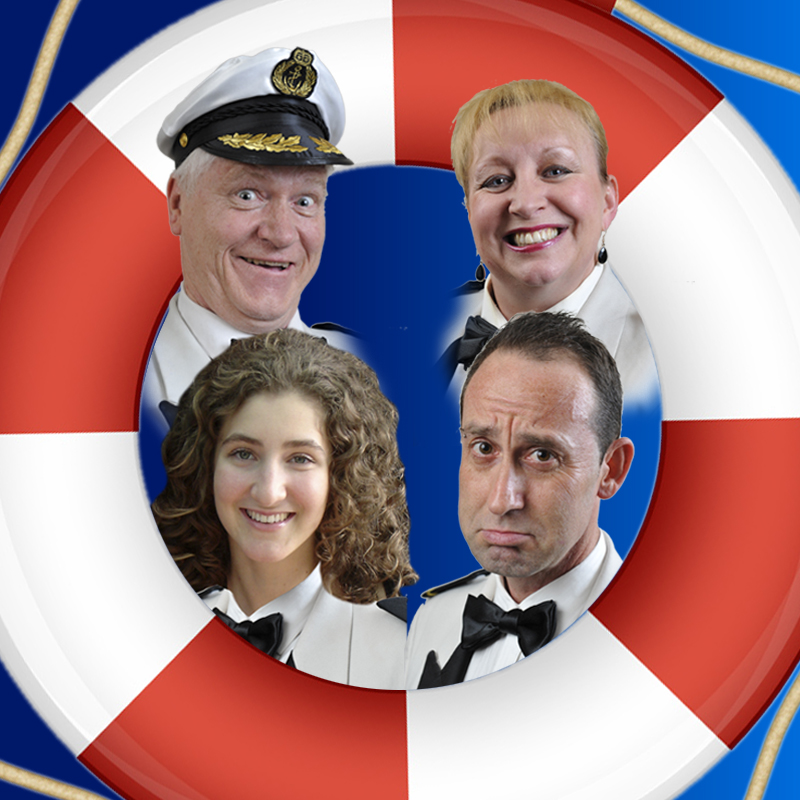 Castaway your mind back to the 1980s when the American TV series, The Love Boat, ruled the air waves. Or perhaps you recall the trio of similarly titled made-for-TV movies. Doesn't matter if the grey cells aren't finding the memory, because show-writer Matt Byrne and his crew will deck you out in a lei, pipe you aboard his world premiere, and sail you in love boat fashion through an archipelago of nearly forgotten television island series. C'mon, you can think of some of them - my favourite has the initials GI.

The vaudeville format that Byrne developed back in 2002 with his Barrackers show is still going full steam ahead. Utilising two guys, two girls, plenty of real life characters, a few songs, a pirated soundtrack, and a bombardment of jokes, puns and insights that provides far more hits than misses. I loved the phantom pirates haunting the rear of the ship, the washed up rock stars, and the oldies. Karaoke is a cruise favourite and we are introduced to a word for the wrong lyrics to a song - please see the show and remind me what it was. The cast, in a line, and taking turns, give plenty of examples, and more than ten pirate jokes, when probably three good ones Arrrrrrrh! enough.

The two hour cruise was too much of a good thing, and there is a hearty and satisfying one-hour show stowing away below decks. Cutting is such sweet sorrow. Even so, I think I know people until I'm reminded by Matt's Fringe shows that he is the keenest observer of the average punter that I know, and the best person to find the funny side, and actually write a show about it, every year. How could you miss this Adelaide favourite about us?