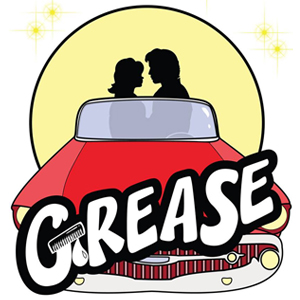 The good track record of rounding up new talent and putting on big shows continues for the Fleurieu's Zest Theatre Group.

This production's great strength lies in its ensemble work. Grease, the spirited Jim Jacobs and Warren Casey romantic musical which is set in a tough American high school and became a hit movie with John Travolta and Olivia Newton John, involves a huge cast with lots of song and dance in colourful 50s costumes. Here, through choreographer Sally Grooby's collaborative techniques, a mass of young people, some with little or no stage experience, make up big numbers with the panache and perfect timing of pros. It is a strong foundation for the show.

This incarnation of Grease is produced and directed by South Coast stalwart Terry Mountstephen with co-director Peta Bowey and Dylan Rufus as musical director. Tech guru Greg Rossiter adds the sophisticated sound and lighting. The latter had a few hiccups on opening night but the spirit of the show and the well-rehearsed dedication of the cast overrode everything.

Daniel Maley rightly steals the show as the romantic lead, Danny. Maley is an outstanding song-and-dance performer and experienced enough to umbrella the shyness of schoolgirl novice Shannen Becket who is playing opposite him as Sandy. She might need a few years to be fully-fledged for such a role.

Around them, Zest has assembled a terrific core of performers as the school pack of pals. Good, characterful performances emerge from Jack Doherty as Sonny, Moni Knolder as Patty, Jemmah Sims as Jan, Byron Godwin-Knott as Kenickie, Rhys Mason as Roger, Scott Murton as Doody and Tom Richardson as comical Eugene.  Distinguished among the pack are Karma Duffield as Frenchy, Georgia Broadbent as Rizzo and Emily McEvoy as Marty - performers with wonderful stage presence and definitely a future in showbiz.

Montana Cross also livened the stage as Cha Cha and there were solid added appearances by Isobel Pitt, Dan Pitt, Michael Harris and Jodie Marks, albeit she was the only member of the cast struggling with an American accent. Indeed, a big tick is in order for Zest's accent coach, and another big tick for the dancers, Katie Bell, Montana Cross, Kaylee Hirons, and Eloise Morriss who added a slick, professional edge to the show.

This production of Grease makes for a high-spirited, fun night out for anyone enjoying the pleasures of the South Coast.

Bookings: Tickets at the door