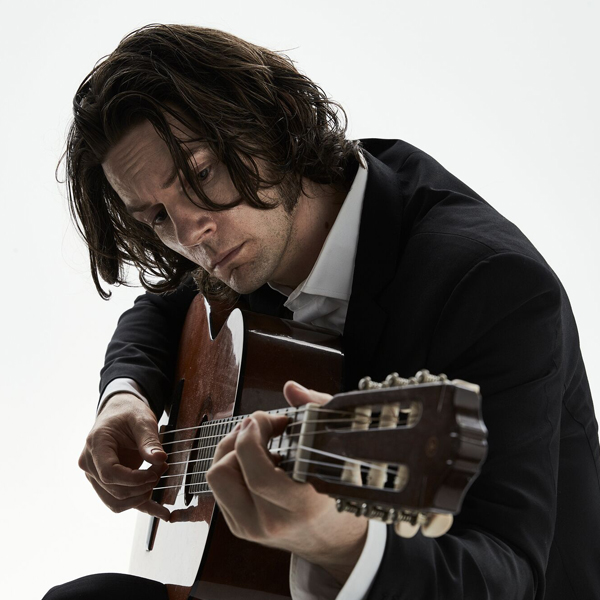 Cameron Goodall is one of the most versatile and accomplished performers on the Australian stage today - but this show has him brimming with nerves.
“It is the biggest challenge since Hamlet,” he says.
“I did a thousand performances in The Lion King. That was one kind of challenge. But this is something else.”

Indeed, to perform The Sound of Falling Stars, Goodall must embody not one but many highly exceptional musical characters.
He must be Elvis Presley and Bobby Darin, Sam Cooke, Kurt Cobain, Bon Scott and Jim Morrison.
He must be a pantheon of musical stars all of whom died too young.

This Cabaret Festival show springs from 1979 when Adelaide’s arts luminary Robyn Archer performed the now famous show A Star is Torn which looked at the tragic lives of great female singing stars. The Sound of Falling Stars is the male counterpart and it has been lurking quietly somewhere on the creative drawing board through the decades. Now, under commission from the Adelaide Cabaret Festival and Auckland Live, it is coming to the stage, written and directed by Archer - and starring Cameron Goodall.

Goodall’s lifetime so far has been one of high achievements - winner of an Adelaide Critics Circle Award for Individual Excellence and nominated for a Helpmann for his Hamlet. On the musical front, he has also won an Aria as a founding member and composer for The Audreys. He’s worked with companies major and minor, notably for Adelaide audiences, the ground-breaking Border Project. He’s been in dramas and musicals, experimental and traditional theatre, television and film. He’s written and produced. He’s an accomplished guitarist and singer. As his name suggests, he’s good at all.

Just the sort of quality Robyn Archer needed for such a special cabaret show.

“When she called, I thought ‘this is fantastic, to come over to Adelaide to do a show and collaborate with Robyn Archer',” says Goodall. “What a great combination.”

“And of course my folks were never happier.”

Goodall is Adelaide-raised and a Flinders graduate.

He used the initial rehearsal period of the show as an opportunity to bring his family over to spend time with the Adelaide grandparents. He and his actress wife, Katherine Fyffe, have two children - Lulu, 7 and Huxley, 3.

Goodall had just come through some happy down time between shows being stay-at-home dad.

Now the family has gone back to their Sydney base and he is in the final phases of preparation for the Cabaret Festival and this thrilling challenge of a show.

“All the music is locked in,” he reports.

“It is so exciting seeing it coming to life.”

He describes his process as “inhabiting the roles”.

“It is not a show of impersonations but of capturing particular aspects of the characters.

“Nor is it about costume but about casting particular light on the characters.”

The Falling Stars will be depicted chronologically, each with insights into how and why they died and what they have in common.

“Things they have in common seem to be fraught relationships with relatives and parents, and love, lacking love in their lives,” he explains.

In response to those needs, many resorted to drugs.

“Their stories are often about excess and that hedonistic lifestyle which often goes with Rock and Roll.”

Their music is a happier story than their demises.

There are several musical genres encompassed in the show and Goodall will have the backing of Enio Pozzebon on keyboards and George Butrumlis on accordion. Goodall, himself, grew up playing much of the music of the Falling Stars in bands with his father.

While most of the stars are household names suach as Elvis and Bobby Darin, Goodall says he has a particular soft spot for the less heralded musical figures in the line-up.

“Nick Drake, for instance, became a cult figure after his death,” he says.

“And then there was Phil Ochs who had a staggering career as a political songwriter but was too shy to perform live.”

Goodall reports that a friend in the US just mooted that perhaps the Ochs music will come back into fashion since the Donald Trump era is bringing political activism back into American lives.

A rising sound from a fallen star.

The Sound of Falling Stars will have its world premiere season on June 21 and 22 at the Dunstan Playhouse.

And, hopefully, confides its own star, it may get taken on the road.