Interview: Paul Boylon - 10 Years On The Smell Of A Laddered Stocking 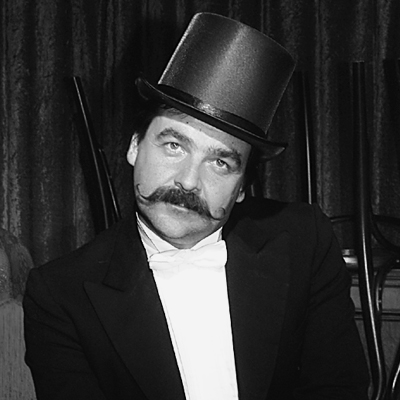 10 years on - some good, some bad - Cabaret Fringe Festival is still here. Festival Director/Founder, Paul Boylon notes, it’s never received any funding. “We still don’t have an office, we still work out of home.”

Mulling over those years and the possibilities in future one’s, provides opportunity for La Bohème’s Boylon to consider what Cabaret Fringe’s purpose is; where it differentiates itself from Adelaide Cabaret Festival and quite pointedly, the Adelaide Fringe Festival, in one significant respect - The Fringe Ambassador thing. More on that later.

There’s also the, at times, frustrating realities of Adelaide’s arts ecology, run such that for every Festival, there’s a fringe version virtually in lockstep with it. Boylon is reasonably relaxed with this. “Adelaide seems to be ‘festival centric’. We come out a lot more when there are festivals on. It’s a hard one. The Cabaret Festival seems to be getting much bigger. It’s becoming a longer festival.”

I interrupt; reminding Boylon he turned Cabaret Fringe into a month long affair not too long ago, so Cabaret Fringe got the hop on the Adelaide Cabaret Festival there.

On the touchy point of events being bigger and longer - a huge focus of heated industry discussion - Boylon is sanguine about it in respects of Cabaret Fringe. “I don’t see it necessarily as a much bigger festival than it is. We might get up to 100 shows, because we run a bit longer.”

The centenary event features 45 shows in numerous Adelaide venues, plus its famous Gala which this writer has attended and marvelled at the surprises it can spring on an audience.

“It’s about doing something for the artists. I see it as a way for them to help other artists. It’s a community based Festival, creating a space for local artists.”

More to the point they are guiding new artists. Makes sense when you remember Cabaret Fringe Ambassador and local Sunday gossip columnist, Matt Gilberston (aka Hans), got his start at La Bohème. Fabulous Anya Anastasia was also given lots of room to develop and test work now gracing big international festivals.

Clearly the community focus works, the money must work given near half a dozen acts in this year's event have been returning to Cabaret Fringe for quite a while now. Boylon chuckles pondering why. “I don’t know if we’ve changed or artists have become more accustomed to us.”

But yes, this brings us back to harsh realities of paying for an event, promoting an event so local artists have a platform to offer up their best and develop. Boylon explains, given aforementioned fact they receive no funding, it “takes a while for people to work out what you’ve got. We’ve got a lot of ground to cover. We can’t afford to tout ourselves on the back of a bus!”

Yet despite the fact “after [they’ve] paid all the bills, paid the artists, there’s no income, no form of revenue in between festivals,” meaning it’s start from scratch to pay for it all over again.

Boylon is now thinking about expanding the community centred spirit of Cabaret Fringe outside of the city to regional pubs and the like. Stay tuned!