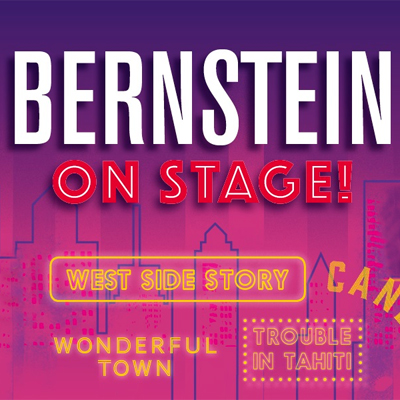 Bernstein on Stage is an extravaganza of song and music that surveys the breadth and depth of Leonard Bernstein’s compositional flair. It is a generous concert in every respect: on stage is the full might of the much-praised Adelaide Symphony Orchestra, the internationally acclaimed and award winning Adelaide Chamber Singers, four classy vocalists – Lorina Gore, Kim Criswell, Luke Kennedy and Rodney Earl Clark – individually near the top of their game, and (insert drum roll) no less than Maestro John Mauceri who worked with Bernstein for 18 years.

Mauceri is the Founding Director of the Hollywood Bowl Orchestra, has directed many leading orchestras around the world, and has an enviable musical CV. So, what an absolute treat to have on stage someone of his calibre to provide a direct link to Bernstein himself.

Bernstein stands tall in the pantheon of musical greats, and if he were still alive we would be celebrating his hundredth birthday later this year in August. How fitting then that we should celebrate his music as part of the Adelaide Festival of Arts, especially noting that he himself conducted the iconic New York Philharmonic on the Festival Theatre stage back in 1974. Bernstein was a pianist, composer, conductor, philanthropist, author, educator, and activist. He was many things to many people from all walks of life, and apparently construction workers tipped their hats calling out "Goodbye, Lenny” as his funeral procession worked its way through the streets of Manhattan. He wrote opera, ballet, musicals, incidental music, film scores, orchestral music, choral and vocal music, and piano music. He wrote both serious and light hearted music, and his ultimate distinction will be to become part of the ‘musical furniture’. Everyone knows something that he wrote, even if they don’t know it.

He was a unique and much loved and admired individual.

Appropriately, the concert is a light-hearted event featuring mostly vocal compositions that traverse Bernstein’s compositional life and has everyone toe tapping and humming along well after the show ends.

There are songs from On the Town, Trouble in Tahiti, What a Wonderful Town, Candide!, and selections from the less well known but fabulously quirky 1600 Pennsylvania Avenue. Pleasingly, the program includes the hauntingly beautiful Simple Song from his Mass, and of course no tribute to Bernstein would be complete without a selection from West Side Story.

Gore, Criswell, Kennedy and Earl Clark clearly enjoyed what they are doing on stage, and their enthusiasm is infectious. Each brings something special to what the sing, and their ensemble singing is a highlight. Maestro Mauceri extracts every jazz inflected fibre from the very bodies of the members of the orchestra– they haven’t played ‘less serious’ music better.

A personal highlight is Rodney Earl Clark’s performance of Simple Song. He sings it with uncommon reverence but with strength and passion as well.

Perhaps the climax of the evening, and the best of all, is Bernstein himself joining the orchestra and soloists (via a recording of course) in a version of the song Some Other Time. He really is on stage! It sends a shiver down the collective spine of the enormous audience, and leaves a contented smile.