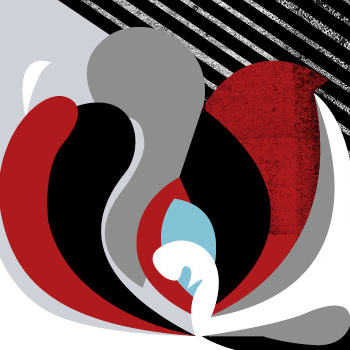 Aptly styled “Beauty and Defiance”, the last in the current season of the ASO’s Master Series was nothing less than a triumph. At one point, it brought the large audience to its feet, but more on that later.

Why ‘beauty’, and why ‘defiance’? Each of the three compositions on the programme had elements of both, and they all exalted the irrepressible and ultimately triumphant potential of the human spirit.

Sergei Rachmaninov wrote four piano concerti and pianist Alexander Gavrylyuk has now performed the first (in June 2016) and the second with the Adelaide Symphony. Of the 2016 performance, this reviewer described Gavrylyuk as thrilling his audience with outstanding technique and evocative interpretation. As then, tonight’s performance was drenched in moments of fragility that were boldly contrasted with athletic, almost ferocious displays of intense romanticism played with uncommon virtuosity. Gavrylyuk’s performance was to be seen as much as it was to be heard: his entire body lived every delicate note and crashing chord; his face looked upwards into the infinity of space as the melody soared aloft; with flourishes of his arms he traced the phrasing of Rachmaninov’s achingly beautiful melodies. Flowery language perhaps, but it was indeed an inspired performance and within a fraction of a second of the final note the audience stood and stamped their feet and wolf-whistled and cheered. It was the reception a rock star would have appreciated, and the memory of the event will linger on. (I can almost hear people in years to come saying “were you at the Adelaide Town Hall there when Gavrylyuk played Rachmaninov’s Piano Concerto No. 2?”)

The tone poem En Saga Op.9 (A Fairy Tale) is one of Sibelius’s early orchestral works and shows the composer at work mastering the craft of orchestral colour and texture. Despite its title, it does not have a program and Sibelius described it more as a revelation of his own character. In history it was composed at a time when Finland was forging a national music identity that likely did not please the ‘Russian Bear’ that was trying to integrate Finland both politically and culturally. Although not a defiant musical response to political events, En Saga is as much a mirror to Sibelius’s psyche as it is to history. Principal horn Sarah Barrett beautifully introduced the first main musical idea and later led the section in a quality display of hand-stopped notes. The later themes included classy performances by Imants Larsens (viola), Celia Craig (oboe) and Dean Newcomb (clarinet).

If En Saga is apolitical, then Shostakovich’s Symphony No.5 in D minor, Op.47 is most definitely not. It was written during the time of Stalin’s ‘great terror’ and Shostakovich lived in fear and in anticipation of being arrested for being a dissident. Whereas ‘the state’ wanted music and cultural expression that was (falsely) indicative of good times and a satisfied and relaxed populace, Shostakovich was more intent on musically depicting the act of rising above pessimism and gloom and suppression.

The popular symphony is broad in scale and is scored for a large orchestra, including not one but two harps, piano, celesta and a full percussion section. The full stage of the Adelaide Town Hall was almost filled to overflowing. Conductor Nicholas Carter confidently led the orchestra and thoughtfully managed the dynamics throughout: no section was ever louder or softer than it should be. This was perhaps signalled by him not using a baton in the two middle movements, in which he allowed the waltz like rhythms, scatty raucousness and extended and beautiful melodies to be coaxed rather than being forced.

It was a memorable concert and an emphatic conclusion to this year’s Master Series. The 2018 series looks full of promise as well, so get your tickets!

Editor's Note: Review ammended 05/12/17 to replace Adrian Uren with Sarah Barrett, after a correction was notified.