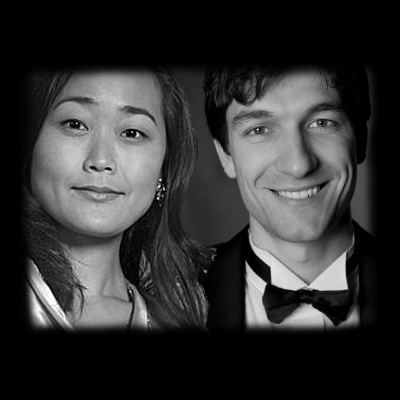 Natsuko Yoshimoto (violin) and Konstantin Shamray (piano) performed an exciting program with great skill and style to a capacity audience at the magnificent Ukaria Cultural Centre.

Quite simply, it was a stunning display of musicianship and passion.

The acoustic of Ukaria is superb, and reveals with immense clarity absolutely everything that the performers do, including the sound made by of a strand of frayed hair being deftly torn from the violinist’s bow. The acoustic accommodated the dynamic approach the performers took: the softest pizzicato on the violin was heard clearly above the forte chords played on the piano.

What was heard of course was a once-off, sadly. As Recitals Australia President Mark de Raad quipped in his welcoming introductory remarks, what was about to be heard would never be heard again exactly like that, because it is live. This very same sentiment was expressed by Yoshimoto and Shamray after the concert in a totally engrossing Q&A session (hosted by national treasure Julia Lester!) when they confided that they aimed for perfection, but that perfection is context bound and depends on many factors, some of which are confounding on the day! A rare insight into the mind of a professional musician.

When asked to comment about the three compositions, Shamray was quick to observe that in the Kreutzer the piano must not overpower the violin, especially in the unison passages, and Yoshimoto astutely observed that the full landscape of the work must be considered in planning for a balance in dynamics. In that, they were mostly successful, and the performance of the Kreutzer was world class. The beginning of each movement was boldly stated, possibly overstated, but the balance throughout was delicate.

The ‘bluesy’ feel of the Ravel was beautifully rendered, especially through Yoshimoto’s superb phrasing and Shamray’s ability to extract bell like tones from the elegant Bosendorfer grand piano.

The Prokofiev was perfectly suited to Ukaria. The shimmering violin figure in the first movement was exquisitely controlled by Yoshimoto, and not a note was lost. The sound was almost intoxicating as one relaxed into it and took in the wonderful countryside vista that formed the backdrop through the large glass walls. The controlled ‘outrage’ of the second movement quickly shook one out of reverie and it was a highlight of the programme. The andante third movement was the calm before the storm that was the allegrissimo final movement in which the Yoshimoto-Shamray partnership was possibly at its best. It was a visual as well as an aural feast, and as the final note gently faded away the audience erupted into generous and heartfelt applause that was entirely merited.