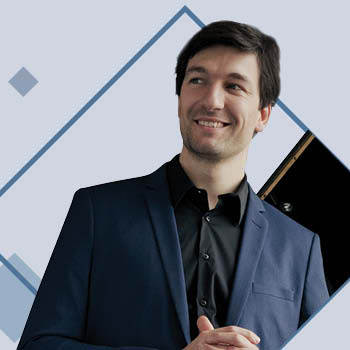 The programming for this concert had a ‘gala’ feel about it and the audience loved it. The Adelaide Town Hall stage was stuffed to overflowing with an expanded orchestra that tapped the full range of the audio spectrum, including piano and celeste as rank and file instruments, harp, and expanded percussion and woodwind. The program allowed additional attention to be given to every section of the orchestra and the ASO was in fine form under the impassioned but tight control of Principal Conductor Nicholas Carter.

The Sorcerer’s Apprentice highlighted the mesmerizing beauty of the bassoon and contrabassoon. Carter and the ASO gave White Ghost Dancing an almost whimsical feel and allowed the mix of dance rhythms to come to the fore. It is a sweet evocative piece and comes in at around 10 minutes, which is nowhere near long enough! More Ross Edwards please! He is a national treasure.

Petrushka is a strong, bold and dramatic piece and it saw two string instruments ‘die on stage’! (Well, they suffered broken strings mid-performance!). Ewan Bramble (Associate Principal cello) has to be one of the unluckiest members of the ASO, for this is (at least) the second time he has had to swap his instrument with a colleague because of a broken string. Petrushka is of course a ballet and it is one of the liveliest in the repertoire. The music has everything and its opposite: it is both lyrical and harshly mocking; noisy and delicate; toe-tappingly ordered, and then messy; dissonant and then harmonious. It is exciting, it is Stravinsky at his best and the ASO nailed it.

The star of the evening was thirty-one year old Russian pianist Konstantin Shamray who put the Prokofiev ‘to the sword’ in a dazzling display of technical expertise and musical brilliance. Shamray was so self-assured in his mastery over what is probably one of Prokofiev’s most difficult and best loved compositions, that he almost came across as being nonchalant during his performance. The first movement saw extended passages with his two hands interlocked as they played intricately dense passages at a blistering pace, and with astonishing accuracy and precise dynamics. It’s all poised on a knife’s edge ready to crash apart should there be any miscalculation, but it was safe in his hands. In the third there is opportunity for histrionics at the keyboard, but Shamray had none of it. He sat confidently and in command at the piano, and with seasoned forearm strength he rarely leaned into the keyboard and there was no display of emotion or affectation. At the end he took his bows and almost seemed bemused at the thunderous applause. He even had energy in reserve to offer a Chopin encore!

During the final bows of the evening carter took time to single out every section of the orchestra, and they thoroughly deserved it, especially those who calmly dealt with broken instruments as if it was nothing.