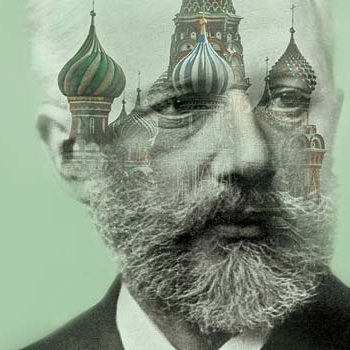 Following a standard format – an overture (of sorts), a concerto and then a symphony – this programme dotted every ‘i’ and crossed every ‘t’. It had the audience applauding at every opportunity, with some cheering and wolf-whistling, including between the third and fourth movements of Tchaikovsky’s 6th Symphony Pathétique where there isn’t really a break!

Throughout the evening feet were tapping, and hands were discretely conducting along with guest conductor Alexandre Bloch, who was making his debut with the ASO. Born in 1985, Bloch is a young up-and-coming conductor who already has a very respectable CV. In tonight’s programme he excelled in eliciting the gentle and mellifluous melody lines that were a feature of all three works.

The Enchanted Lake, Anatoly Liadov’s gorgeous ‘tone painting’, was beautifully conducted and Bloch and the ASO gently lifted the weight of worldly cares from the audience’s shoulders. Any feelings of sweet repose however were soon sent south with an emotion-charged performance of Rachmaninov’s Piano Concerto No.1 by virtuoso Alexander Gavrylyuk. The large audience was thrilled by his outstanding technique and evocative interpretation. Frequently throughout the concerto Gavrylyuk and Bloch intently locked each other’s gaze and exchanged whatever it is that exceptional musicians intuitively share when creating music together. Gavrylyuk beautifully executed Rachmaninov’s extremes: moments of great delicacy and lilting melody were contrasted with athletic displays of intensely vehement romanticism.

The same extremes were acutely demonstrated by Bloch and the ASO in a ‘take no prisoners’ reading of Tchaikovsky’s Pathétique. The symphony is celebrated for its agonizing poignancy and harsh climaxes and Bloch ensured that all sections of the orchestra gave their all without resorting to self-indulgence. The whole thing was beautifully controlled.

Vincent Ciccarello, Managing Director of the ASO, addressed the audience from the stage just before the concert commenced, as he often does on gala and other ‘big’ ASO occasions in the Festival Theatre. With trademark light humor he encouraged concertgoers to donate to the ASO (and enjoy the tax deductibility!). He noted that even though funding from government sources was greatly valued the quantum only partially covered the orchestra’s costs. Ciccarello didn’t say it, but the fact remains that if ticket prices were calculated on a full cost recovery basis, they would be generally unaffordable and our concert halls would be much quieter!

So, donate to the orchestra’s 2016 Annual Appeal if you can at www.aso.com.au/support/annual-appeal-2016. No amount is too small, and in these pre-election days you might also ponder which political party/ies offer the best support for the arts and your entertainment!