An American in Paris 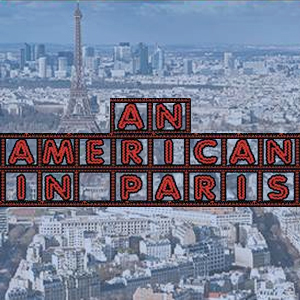 The local fine music scene is extensive, but Adelaide hides many of its lights hidden under bushels, and the Adelaide Wind Orchestra is one of them.

Many more music lovers need to experience the AWO.  They are a class outfit.  Their 2015 program kicks off on March 7 in the Elder Hall as part of the Adelaide Fringe with a fabulous program that includes Saint-Saën’s ‘Danse Macabre’, Prokofiev’s ‘Romeo and Juliet’, Piazolla’s ‘Libertango’, and Bernstein’s ‘Symphonic Dances from West Side Story’.

And so to tonight’s thoughtful, varied and exciting program, which is played by an enthusiastic ensemble of talented musicians.  The AWO was only established in 2012, which saw one inaugural concert.  This was followed by a full subscription series in 2013 and again in 2014 under the continuing leadership of Musical Director Peter Handsworth.  The AWO comprises around forty expert musicians and is supplemented by others (to fill out sections or add percussion etc) as may be required by the various programs.

The ensemble quadruples for ‘Zion’ by contemporary American composer Dan Welcher.  The piece quotes two American hymns and has a distinct Aaron Copland feel about it.  Again, the changing meters are exciting and well managed.  The five percussionists are a joy to watch.  They are busy, very busy, as they move precisely around the stage in what is almost a choreographed dance ensuring they are at the right instrument at just the right time.  Watching them is worth the price of admission alone!

A programming first is the inclusion of three compositions by Austrian composer Alfred Uhl.  Being a modern composer – he died in 1992 – it is unsurprising that his music is at times atonal and discordant.  Under Handsford’s expert direction at the clarinet, the octet finds and explores both the pastoral qualities and rampant humour and wit that ‘Eine Vergnugliche Musik’ (trans. A joyous music) has to offer.  A gentleman behind me chuckled and commented to his partner at the end of the second movement, that it oozed Alfred Hitchcock.  Humour aside, the piece is a sophisticated fusion of classical tonalities and modern serialism.  It is the highlight of the concert.

This is followed by two much shorter pieces by Uhl, and then Gershwin’s iconic ‘An American in Paris’.  The original score calls for strings as well, but the AWO’s version uses an expanded wind orchestra and a solitary double bass.  The strings can temper the winds and in my view are needed to give a more elegant and nuanced feel to the bouncy rhythms, especially in the first section, but the result is bold and brassy and the audience loved it.

And during the interval, as he ‘privately’ readied himself for the second half of the program, percussionist Jamie Adam (on loan from the ASO) teased from the xylophone a version of the theme from the TV series Game of Thrones, and the opening theme to Mahler’s Fifth Symphony.

Lesson:  there is always someone watching and listening!

Entreaty:  go to the next AWO concert and experience them for yourself!