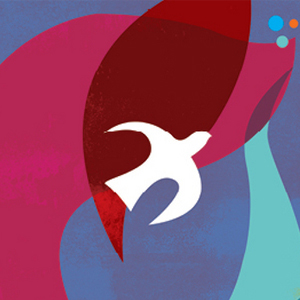 The most recent instalment in the Adelaide Symphony’s Gala Series, Mozart and Magic, lived up to its name - and magical it was.  The evening belonged to the woodwinds, which featured prominently throughout the program.

In ‘The Sorcerer’s Apprentice’, Mark Gaydon demonstrated that he is one of Australia’s eminent bassoonists, and he ‘nailed’ the iconic bouncy passage which we all associate with the 1940 Disney animated film Fantasia in which Mickey Mouse plays the apprentice.  From my box seat in the auditorium I could clearly see a sea of heads bobbing in time.

Michael Collin’s performance of the exquisite ‘Concerto for Clarinet in A’ by Mozart was just sublime.  What an absolute joy to have this famed artist once again delighting audiences in Adelaide.  Collins is supremely comfortable across the full spectrum of the clarinet repertoire, from new works to classical mainstays such as the Mozart.  He captured its lyricism, lightness and deeply expressed delicate emotion.  The adagio movement is often associated with a moment in the 1984 film Amadeus directed by Miloš Forman when Salieri describes the entry of the clarinet in the following way:  “Extraordinary! On the page it looked nothing. The beginning simple, almost comic. Just a pulse - bassoons and basset horns - like a rusty squeezebox. Then suddenly - high above it - an oboe, a single note, hanging there unwavering, till a clarinet took over and sweetened it into a phrase of such delight! This was no composition by a performing monkey! This was a music I'd never heard. Filled with such longing, such unfulfillable longing, it had me trembling. It seemed to me that I was hearing a voice of God.” Flowery language maybe, but it is a special moment, and Collins made the piece his. The audience applauded Collins at the end of the first movement – something quite unusual for an Adelaide audience – but they were stunned into an almost devout silence by the end of the second.  However, nothing was going to stop an explosion of appreciated applause at the conclusion of the final third movement, and it was nearly deafening.

American guest conductor Michael Stern was in his element with Copland’s ‘Appalachian Spring’ suite, and for me this was the highlight of the evening’s programme.  We do not hear enough of Copland’s music in our concert halls.  Copland forged a distinctly ‘American style’ of serious concert music and made much of it as accessible as possible through the use of deliberate and slowly changing harmony and melodies that are evocative of the legendary at wild west.  The music was in Stern’s blood and he was entirely successful in getting the ASO to play it as if the orchestra were resident in Stern’s native Kansas. At the conclusion, Stern left the podium an almost spent force but he returned to finish the program with a vigorous and stylish performance of Stravinsky’s popular ‘The Firebird’ suite.

This programme had something for everyone.