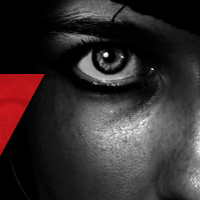 Jean Anouilh wrote his Antigone in Paris in 1943.  Some say he was a Nazi collaborator demonstrating submission to the Vichy fascists in his play.  Others suggest that it slipped the censors, and telegraphed sub textural messages of rebellion.  Well, he fooled everybody because the Gestapo didn’t shoot him and the Resistance didn’t bomb him, and he lived to write Becket.  While this discussion has historical interest, the play speaks to us today for other reasons.

In case you lost the plot since high school, Anouilh thankfully recounts the necessary pre-history to catch you up.  Director Edwin Kemp Attrill creatively adds a few Barbie dolls to get the message across while the sternly delivered chorus lines of actor Nicole Rutty filled in the rest.  Antigone, the daughter of Oedipus, is ruled by her uncle Creon, King of Thebes, after her brothers annihilated each other in a bid for power.  She buries one against the orders of Creon who left the corpse to rot as a demonstration of power.

Attrill has put together a fetching, inspiring and modern production.  It’s not easy to disguise the ugly red bricks of the Little Theatre but designer Lillian Chester gives us a shining marble palace with simplicity itself.  Crisply changing and tightly focused lighting by Stephen Dean and a psychotropic soundscape by Rory Chenoweth allow Attrill to imbue a filmic quality to the experience including simulating razor sharp editing.  Bravo!

The action settles into a fascinating debate that reveals Antigone and Creon’s conflicting purpose and philosophy.  The shifting status was fascinating to watch.  Sarah Lange and Michael Baldwin carry out these roles with great intensity and purpose, but still have opportunities for emotional retorts.  Karen Burns had no problem with Ismene and I’m sure that if Anouilh knew of Burns in Paris in 1943, he would have written her a larger role.  The rest of the cast were just the ticket although I think the student looks and naivety of Tom Cornwall’s Haemon flattened the drama.

Anouilh’s Antigone seems a feminist piece about a woman who feels she must do something for herself in a world where she is controlled by men.  At first mistakenly believing this is accomplished by righting a wrong by burying her brother, the real truth is that happiness for her is only defined by men and their society, and a public self-sacrifice is not only a way out, it is vengeful.

This is a well conceived and riveting production.  I’m busting to see more of Edwin Kemp Attrill’s direction.

When: 12 to 26 May
Where: The Little Theatre
Bookings: bass.net.au